Taking a page from Officer Alex Murphy, police officers in Brazil will soon be adding a layer of cyborg tech... 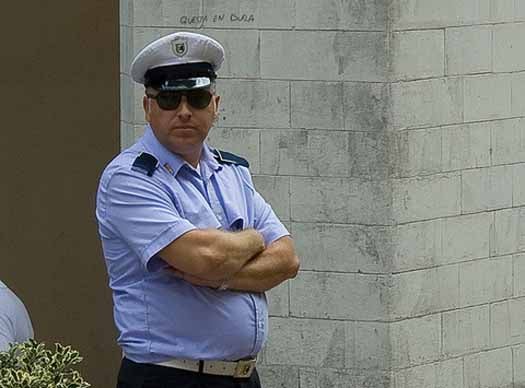 Taking a page from Officer Alex Murphy, police officers in Brazil will soon be adding a layer of cyborg tech to their law enforcement toolbox via glasses rigged with facial recognition tech. The glasses, dubbed “RoboCop” glasses, scan faces in a crowd and check them against a criminal database, and officers in Rio de Janeiro and Sao Paolo have already been through demos with the technology.

At distances up to 50 yards, the glasses can reportedly scan 400 faces per second, comparing 46,000 biometric points on a person’s face against a database of terrorists and other criminals. If a match is made it is indicated by a red light that appears within the glasses frame, allowing police to zero in on those people with problematic pasts (or currently questionable legal statuses) without having to put police and citizens through the tedium of random ID checks.

As far as crowd security is concerned, it’s a pretty cool piece of technology if it works as advertised. And Brazil is due to have some big crowds passing through in the next few years. Aside from being an international tourist destination year round, cops in Rio will have to secure both the World Cup in 2014 and the Olympic Games in 2016, and police there hope to have the technology widely deployed by that point.