Back in January 1948, then-mayor of Boston, James Michael Curley, was frustrated. He worried of “perhaps disastrous flooding” from snowmelt,... 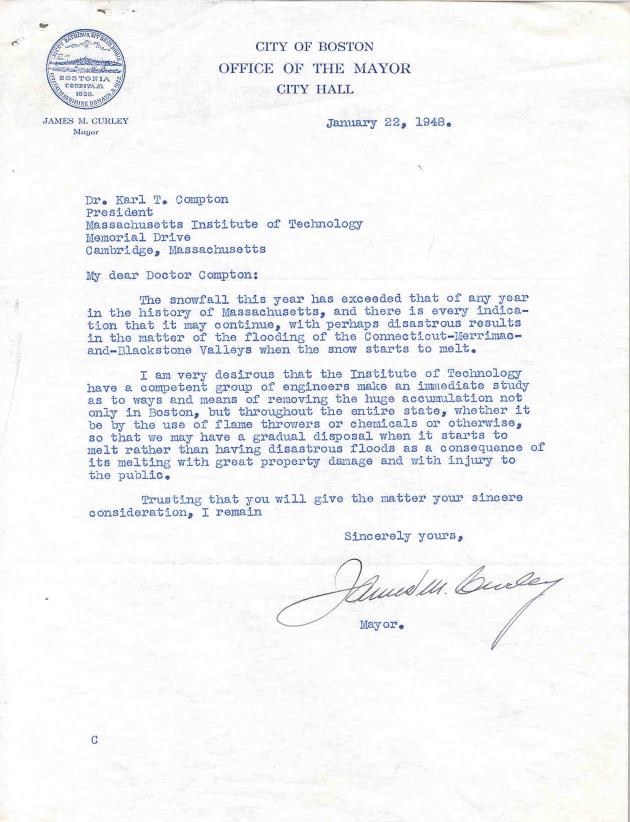 Back in January 1948, then-mayor of Boston, James Michael Curley, was frustrated. He worried of “perhaps disastrous flooding” from snowmelt, and endeavored to find some way–any way–of removing the snow in the meantime. So he sent a letter to MIT, hoping that the technological whiz-kids in Cambridge could come up with some way to rid the city (and even the entire state) of snow. He even offered a suggestion of his own: flamethrowers.

Curley (who would later become governor, serve two separate terms in jail, and have a Mighty Mighty Bosstones song written about him) wasn’t the only one trying to fight winter’s white plague. His idea wasn’t really that different from this vintage PopSci concept, which gathered snow, melted it with a hot water spray, and then flushed the now-lukewarm water into the street to further melt surrounding snow. Or, really, that different from our recent roundup of snow-fighting tactics (ranging from geoengineering to snow-pooping robots), though significantly more badass than some.