Over the protests of environmental groups and NGOs, Malaysia has released 6,000 genetically modified mosquitoes into the wild, hoping to... 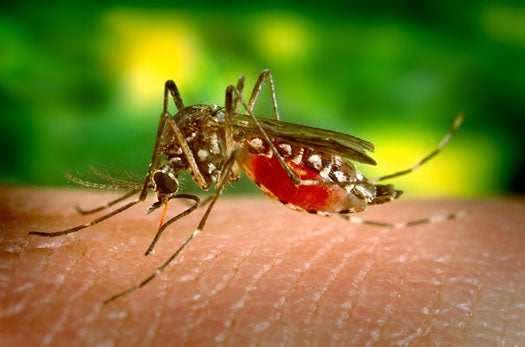 Over the protests of environmental groups and NGOs, Malaysia has released 6,000 genetically modified mosquitoes into the wild, hoping to drive down incidents of mosquito-borne dengue fever. It’s the first experiment of its kind in Asia, but naturally everyone isn’t thrilled with the idea of releasing altered DNA into the ecosystem.

Dengue fever is a particularly nasty bug found in tropical and subtropical climes like Malaysia’s, causing nausea, muscle and joint pain, fever, headaches, rashes, and sometimes death if left untreated (in Malaysia it killed 134 people last year). The experimental mosquitoes, all male, were engineered to produce offspring that quickly die in hopes that shortening life spans will thin the population of Aedes species (dengue fever is carried by females).

The experiment was conducted less to see if the GM mosquitoes’ offspring would die off earlier and more to see how the 6,000 mosquitoes themselves would fare in the wild. That also happens to be the sticking point for environmental groups and locals who are incensed that the Malaysian government went ahead with the experiment over their protests. Tweaking genomes, critics say, could lead to unforeseen and uncontrollable consequences.

So how did the genetically modified Aedes males fare? We don’t know yet, as the results are still being analyzed. If it turns out they were able to mingle with their unmodified cousins without generating any adverse consequences it would be huge for advocates of this kind of gene tinkering. Mosquitoes bear all kinds of illness all over the world—most notoriously malaria—and making adjustments to mosquito genomes has long been proposed as a potential solution.