When the humanoid Robonaut takes off for the ISS next week aboard the Space Shuttle Discovery, his days as the... 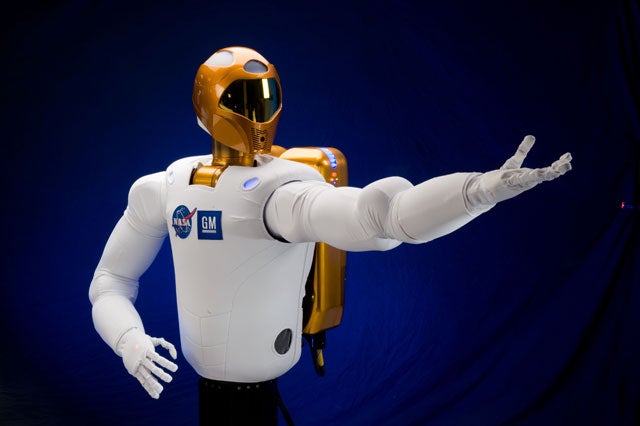 When the humanoid Robonaut takes off for the ISS next week aboard the Space Shuttle Discovery, his days as the sole humanoid in orbit may already be numbered. JAXA, the Japanese space agency, has announced that it plans to send its own humanoid ‘bot to the ISS in 2013.

In proper Japanese style, their robot won’t just be aimed at maintenance tasks and other menial jobs; JAXA envisions their humanoid being a companion to the astronauts aboard the ISS, conversing with them, watching over the mission while the flesh-and-blood astronauts sleep, and helping them remain healthy.

It will also phone home via Twitter, and not in the slightly puppetlike way that R-2 does. NASA’s Robonaut tweets, but it generally just regurgitates messages given to it by NASA spokespeople. JAXA wants its robot to carry on an original and genuine dialog with its adoring fans back on Earth.

JAXA also envisions its robot being more human-like than R-2. Its ‘bot will be part of a larger effort in Japan to create robots capable of assisting that country’s aging population. As such, JAXA wants it to exhibit facial expressions, communicate effectively, and otherwise become a friend and colleague to the astronauts aboard the ISS.

Cue the comparisons to HAL 9000, or even Kevin Spacey’s smiley moon base ‘bot in Moon. But given the hostile environment that begins not so very far above our heads, having robots that can do some of the heavy lifting in space is more or less key to expanding our presence in orbit and beyond. If robots are smart enough to beat us at Jeopardy, there’s really no reason they shouldn’t be helping us conduct our scientific missions in space.