The Eiffel Tower was intended to stand for only 20 years past its 1889 debut–in fact, the original contest rules... 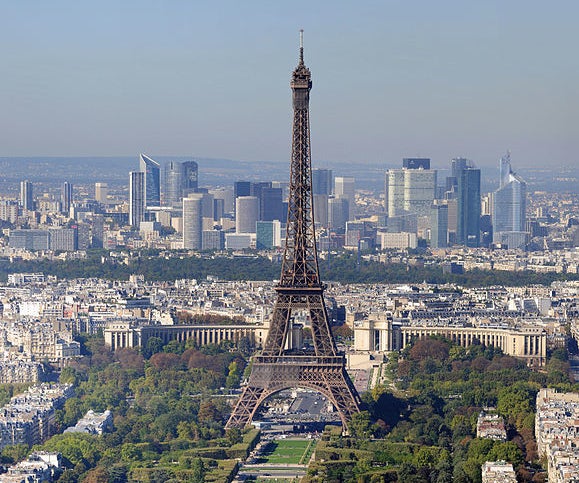 The Eiffel Tower was intended to stand for only 20 years past its 1889 debut–in fact, the original contest rules for the design stipulated that the tower must be easily demolished. Experts at the time predicted it would come crashing down before construction was even finished. Yet it has withstood both the general hatred Parisians feel for it and the test of time, and is still standing. Specialists have constructed an incredibly elaborate software model to explore the tower’s longevity, and discovered its secret.

The study was commissioned by SETE, the Eiffel Tower Operating Company, to gather more data about the strengths and weaknesses of the iconic structure. But that’s an even more complicated task than you’d imagine. You’ve got the usual variables, like the tower’s weight (9,369 tons) and added weight from restaurants and such (another 3,306 tons), and the impact of weather on its peculiar design, but there were some unexpected struggles.

The tower is constructed not of the typical steel but of so-called “puddle iron,” a popular iron-treatment of the 19th century that involves heating and folding over sheets of iron. It performs totally differently than steel, and so the engineers had to pretty much start from scratch to build an accurate model–they called in materials engineers to reconstruct the long-forgotten puddle iron and perform various tests on it. Other problems included the ludicrous number of separate pieces in the construction (over 18,000, not including additions) and the impact of time (the tower has shrunk a few inches).

But the findings are encouraging for those who love the tower–the engineers at the Technical Center for Mechanical Industries bombarded the model with every conceivable kind of inclement weather, and even doubled the weight, just to see what would happen. In the worst cases, like with the absurd weight gain, a SETE rep notes that “the tower moves, but is not destroyed.” As it turns out, the tower’s strength is largely due to that near-forgotten puddle iron–the engineers estimate that the tower will still be standing for at least another two or three centuries.