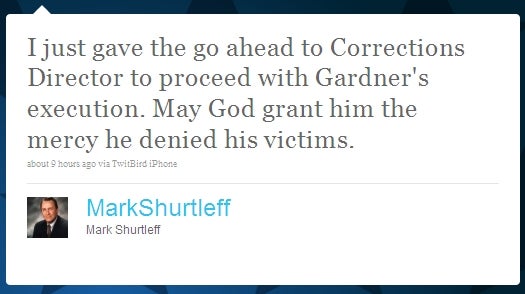 Very early this morning, Utah Attorney General Mark Shurtleff authorized the execution by firing squad of convicted murderer Ronnie Lee Gardner. Then he fired up the TwitBird app on his iPhone and announced the solemn news to the world.

This is not Shurtleff’s first tweet. In May 2009, he inadvertently disclosed his bid for the Republican senate seat via Twitter.