Lazy college students are Arizona’s latest target of identity-tracking. Students at Northern Arizona University are protesting a plan to monitor... 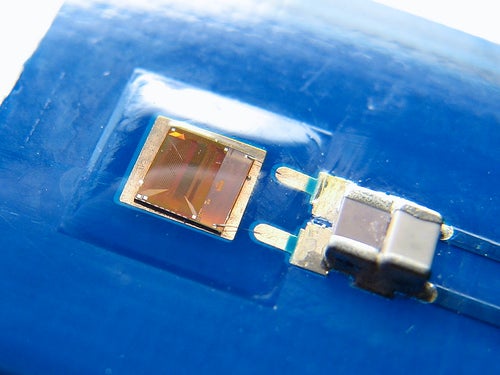 A university spokesman told Government Technology magazine that the intent is to encourage professors to incorporate attendance into grading systems. More frequent attendance leads to higher grades, the university says. The system, purchased with $85,000 in federal stimulus funds, would start this fall.

The idea is to install card readers in all classrooms that seat 50 or more students — those in which it’d be difficult or time-consuming to take attendance every day. Professors who teach smaller classes would have to find another way to take attendance. Given that class sizes shrink as a student’s education progresses, the policy would likely impact freshmen and sophomores.

Students wouldn’t have to take their ID cards out, because the readers would be sensitive enough to pick up signals from anywhere in the room. Data from each class would be recorded, and instructors would get reports on who was in class, the Arizona Republic reports.

As of Monday, about 1,500 NAU students had joined a Facebook group protesting the cards’ use, saying it violates their rights as students to choose whether or not to go to class. Privacy advocates are also voicing concern, Government Technology reports.

Although some students might try to subvert the system by having a friend carry his or her card, the cards are also used to pay for food and gain entry to the dorms, the Republic reports. So it’s probably not worth trading with a friend.

It remains to be seen whether the chips would contribute to increased academic performance. After all, as every student knows, just showing up for class doesn’t mean you’re awake.