Want to waste some time today in the name of science? MIT’s Personal Robotics Group has launched Mars Escape, a... 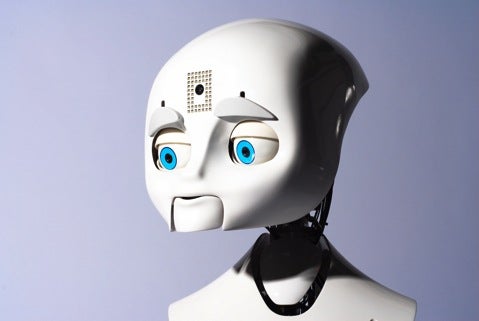 Want to waste some time today in the name of science? MIT’s Personal Robotics Group has launched Mars Escape, a video game in which a human-robot duo stranded on a Mars base scramble to repair a failing oxygen generator before the oxygen supply runs out. But the two-player role playing game isn’t just for recreation; data extracted from the game will be used to provide an algorithmic basis for better robot-human interaction.

The game pairs up two human players, one playing the role of a human astronaut, the other a robot. The team must then collect the proper tools and supplies from around their space station environment to fix their faulty generator; one player can’t beat the clock on his or her own, so the two must interact to complete all the given tasks in the allotted time.

By studying that human teamwork and social interaction, the group hopes to better hone the autonomous behaviors of its robot Nexi, a humanoid ‘bot that MIT is developing to explore better means of social learning and human-robot interaction. The team will then recreate the Mars Escape game environment and display what Nexi has learned from it at the Boston Museum of Science.

Check out the game here. As long as you’re playing games at work, you might as well be aiding the pursuit of better robotic intelligence. Just be careful not to overdo it; the more you play, the closer you get to losing your job, and the closer Nexi gets to replacing you.