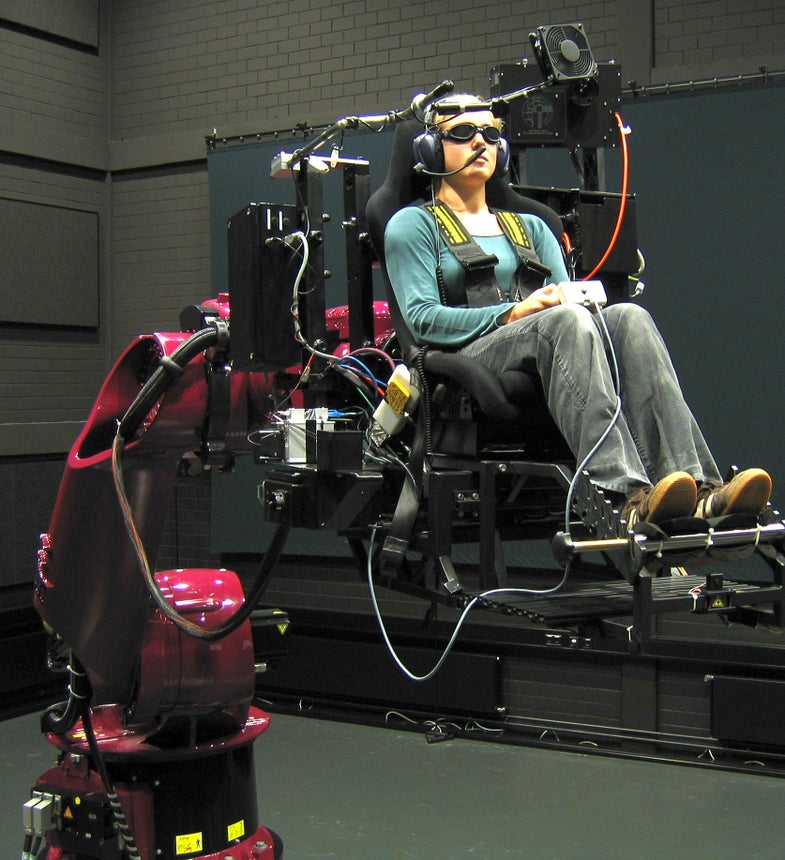 Paolo Robuffo Giordano and colleagues at the Max Planck Institute for Biological Cybernetics in Tübingen, Germany, must really enjoy their jobs. Their CyberMotion Simulator is intended to realistically replicate the experience of driving a Ferrari without actually having to buy one.

Players sit in a cabin on a robot arm about 7 feet off the ground and drive a Ferrari F2007 car around a projected track.

The robot arm, a type usually found in amusement parks, whips the driver around to simulate the Ferrari’s motion, according to IEEE Spectrum. You can hear the robot whine as the driver tries to turn at high speed.

The researchers wanted to use a robotic arm as a motion simulator with the goal of understanding how humans experience the sensation of motion. They figured an F1 racing game would be a good way to do it, IEEE Spectrum reports.They presented a paper on their design at the IEEE International Conference on Robotics and Automation this spring.

As we learned earlier this week, video games can contribute plenty to real science. But this might be a case of science making a pretty awesome video game experience.