Keep your mind on the simulator, soldier 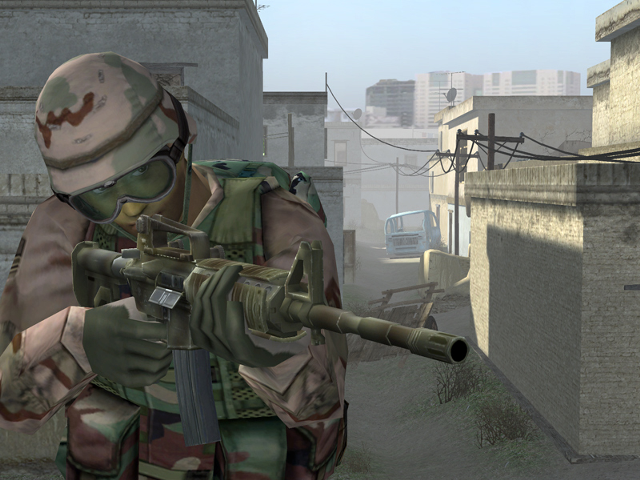 Military simulators that resemble video games have obvious training benefits for warfighters, but U.S. Navy scientists also say that video games can boost brainpower and produce cognitive improvements that last up to two and a half years.

The Office of Naval Research (ONR) hopes that video game-like training can help warfighters hone their “fluid intelligence,” or ability to confront and solve new problems. Such research feeds into a new sense that the human brain can continue to adapt and improve itself beyond early adulthood, and may allow soldiers to better adjust to the changing tactics and environment of the modern-day battlefield.

“We have discovered that video game players perform 10 to 20 percent higher in terms of perceptual and cognitive ability than normal people that are non-game players, said Ray Perez, a program officer at the ONR’s warfighter performance department.

“We think that these games increase your executive control, or your ability to focus and attend to stimuli in the outside world,” Perez noted during the Pentagon’s weekly Armed with Science podcast.

Video games have proven no stranger to modern warfare. The Spanish military has tested swarm intelligence tactics on a modded version of the game Panzer General. The U.S. military has also turned to video game-like simulators that permit soldiers to even feel the sensation of getting shot, and has used its own game America’s Army and arcade centers as part of a recruitment effort targeting the gamer generation.

Perez ultimately hopes to blur the distinction between virtual training and real-life operations. One current virtual simulation involves a cave-like environment that encourages soldiers to improve their adaptability within team dynamics.

“You walk into a cave and you’re bombarded by this totally different, artificial world where there may be intelligent avatars that you interact with to perform a mission,” Perez said. “These avatars will act as teammates, so you, as an individual, will have to interact with these avatars as a unit.”

We’re pretty sure that he’s not talking about the blue-skinned avatars of James Cameron’s recent blockbuster — at least not yet.

[via Armed with Science]