Crowds of Bacteria Turn Gears a Million Times Their Size 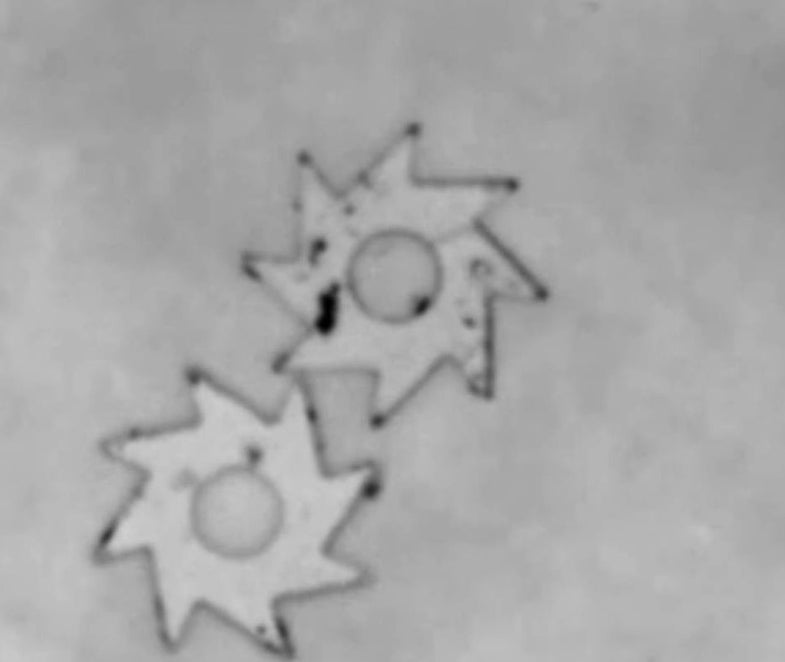 Tiny bacteria may seem rather unintelligent, but a bacterial crowd can accomplish the Sisyphean task of turning microgears millions of times bigger than themselves. The microbes start out by swimming randomly, but occasionally collide with the spokes of a gear and begin pushing. Scientists from the U.S. Department of Energy’s (DOE) Argonne National Laboratory and Northwestern University observed a crowd gather and push against the spokes.

Several hundred bacteria teamed up in order to turn one gear. When multiple gears sat next to one another with spokes connected, like in a clock, the bacteria began turning both gears in opposite directions, and created a synchronous movement.

The research team could even manipulate gear-turning speed by controlling the amount of oxygen in the suspension solution. Reducing the oxygen levels made the aerobic bacteria slow down, because they depend on oxygen.

This could lead to more sophisticated biomechanical systems, which combine the powers of tiny bacteria or nanobots with hard materials to form a “smart material.” Surely crowds of tiny slaves creating nanogears can’t be far behind, if they don’t just assemble themselves.

On the downside, this could mark the beginning of a Microgears of War-style conflict. Just don’t drop the antibiotic bomb.