Spotify has a major audio-quality upgrade coming later this year

The service tier will be called HiFi and it will offer CD-quality audio. 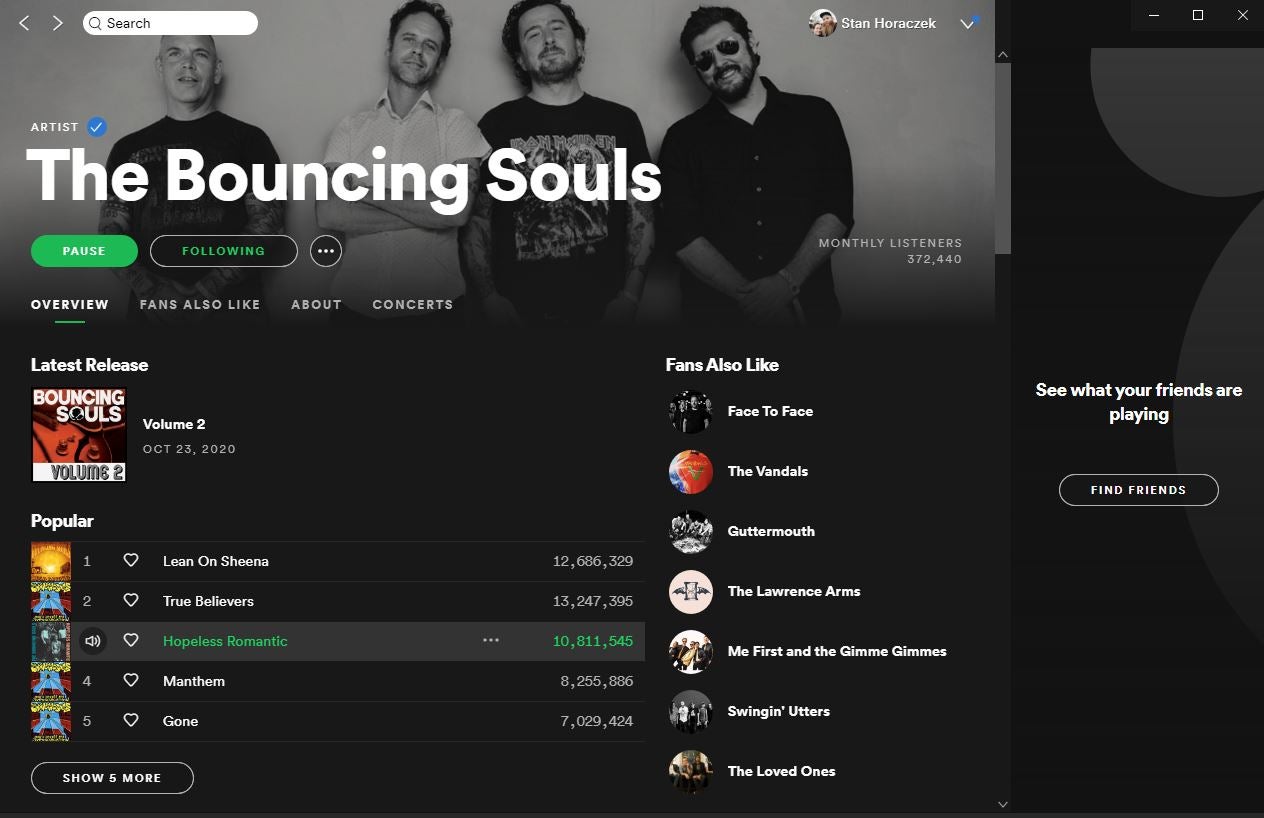 Spotify will offer high-res audio versions of some songs for an extra fee later this year. Stan Horaczek
SHARE

Mention Spotify around any hardcore audiophile and they’ll likely set their $1,500 open-air headphones down on their bespoke mahogany headphone holder and scoff at the idea of listening to compressed music through a streaming service. During a recent press event, however, Spotify announced that it’s launching a new service later this year specifically to offer high-resolution, CD-quality music tracks for users who want to hear every last bit of detail from their music.

Spotify calls the service HiFi and it partnered with pop star Billie Eilish to start promoting it. According to the company, the premium service will add cost to the Premium subscription fee, which Spotify has not yet announced. For that extra cash, HiFi will provide lossless, “CD quality” audio tracks that go well beyond the typical audio format offered by the regular service.

The difference in quality comes down to a stat called bitrate, which measures how much digital information is contained in every second of music. More information translates into better quality sound, but it also requires more computing power during playback and larger file sizes for streaming music.

What are Hifi audio files anyway?

If you max out Spotify’s current quality settings, your tracks will play back at 320 kbps. That rate represents the maximum sound performance you can squeeze out of the MP3 format, which is “lossy” and has to jettison some information from the original recording in the interest of saving space and maximizing playback compatibility. In the early days of MP3′s rise, 128 kbps reigned, in large part due to the prevalence of file-sharing services like Napster operating on slow connections, and relatively small storage capacity on playback devices.

To put that number into perspective, CDs have a bitrate of 1,411 kbps, which obviously retains much more of the original recording information when compared to a lossy MP3.

Bitrate isn’t the only thing you’ll have to consider when trying to determine the quality of an audio file. You’ll often see sample rate and bit depth mentioned together because they’re inherently linked when it comes to audio quality.

An analog audio wave is a smooth curve and a digital recording needs to record samples of it thousands of times per second in order to replicate a sound with constant playback. This is called sample rate and it’s typically either 44,100 Hz or 192,000 Hz.

Bit depth measures how much digital information is contained in each one of those samples. So, a 24-bit depth file would have considerably more information than a 16-bit version.

Combined, these variables determine crucial audio traits. They influence the dynamic range or the contrast between the quietest and loudest parts of the music. It also affects the frequencies that the tracks can produce.

Who else is offering this kind of service?

Right now, Tidal is one of the biggest players in the high-res streaming audio market. The company’s HiFi files offer a 1,411 kbps bitrate, 44,100 Hz sample rate, and a 16-bit depth. That’s designed to match CD-quality sound almost exactly. This is also likely what we’ll see from Spotify when the HiFi service launches later this year.

Tidal goes one step beyond HiFi to its Master tier, which offers a bit rate of 9,216 kbps, a 192,000 Hz sample rate, and a 24-bit depth. The company says this is as close to listening to the master recording as a streaming service can get.

Smaller services such as Qobuz, which charges $15 per month, just like Amazon Music Unlimited, also hit that mark, but often can’t match the selection listeners get with one of the massive players like Amazon or, eventually, Spotify.

How will you listen to the high-res audio?

If you’re planning on listening through a pair of reasonable earbuds, upgrading to the lossless versions of your streaming tracks likely won’t make much of a difference for you anyway. In the Spotify announcement video, Billie Eilish extols the virtue of listening to music on a high-quality setup, which is what you’ll want if you’re going to get the most out of those fancy files.

Many consumer headphones (especially cheap ones) can’t produce the rich dynamic and tonal range offered in a high-res file. You don’t necessarily need a pair of giant stereo speakers that cost as much as a luxury sedan to hear the difference, but $20 buds from Amazon won’t let you notice the difference.

If you want to tell if your current setup will benefit from the upgraded tracks, you can currently get a free trial of Tidal or Amazon Music HD. Or, you can wait for Spotify, which will probably offer a free trial to its current users in hopes of converting them with the swinging sounds of lossless music files.