'VR Kit' could be a competitor to Google Cardboard 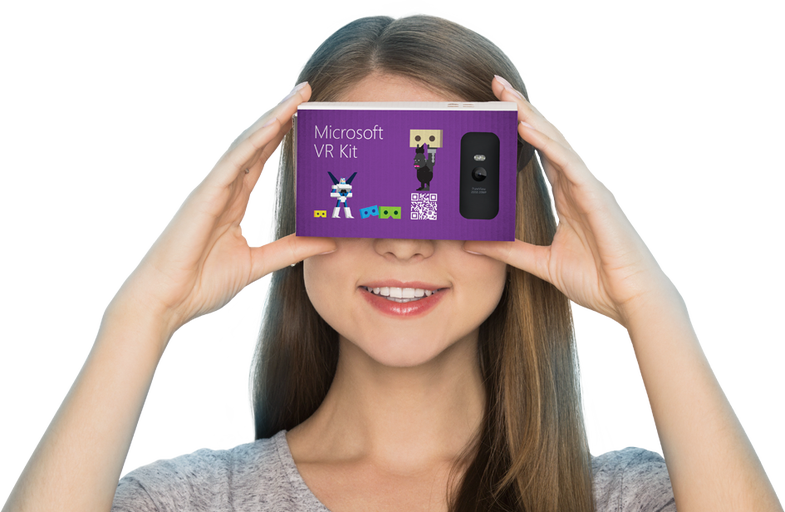 Since Google released Google Cardboard in 2014, it has become the standard for low-cost virtual reality. Google literally gives them away for free, and even published directions detailing how to build your own, to the delight of VR DIYers everywhere.

Now Microsoft is trying to get in on that action, showcasing their own cardboard virtual reality headset as a reward for ideas in a Russian VR hackathon. Pictures of the headset were found on a website promoting the event, which will take place in Moscow on October 17. (The page has since been taken down.)

Microsoft’s headset, called VR Kit, appears to work by inserting a Lumia phone into the cardboard enclosure, which leaves an opening for the camera and flash. If this hardware is used, it could mean a low-cost echo of Oculus Rift integration with Leap Motion. Augmented and mixed reality are already in Microsoft’s sights, with their highly anticipated Hololens on track for enterprise testing in the next year. However, augmented reality usually requires the use of hands and fingers for input, which is hard to realize fully with a device that’s held to the face.

That said, Microsoft and Oculus (owned by Facebook) are working closely together on virtual reality. The new mass-market Oculus Rift VR headset due out in 2016 will work natively on Microsoft’s Xbox One, and last week, Oculus announced that Minecraft (which is owned by Microsoft) will be coming to the Oculus Rift next year as well.

The Microsoft event set for October 17, for its part, challenges virtual reality programmers to develop in three areas: games, education, and corporate applications, according to tech news site Thurrott. Winners will receive the headsets to continue development on their programs.

Microsoft’s ambition with the HoloLens is clear, and if VR Kit can dominate the market for low-cost artificial reality like Cardboard has with virtual reality, they could be major players when VR and AR truly hit the marketplace.