Ebikes freed my commute from the tyranny of traffic

Fun, urban adventure, and no visits to the gas pump. 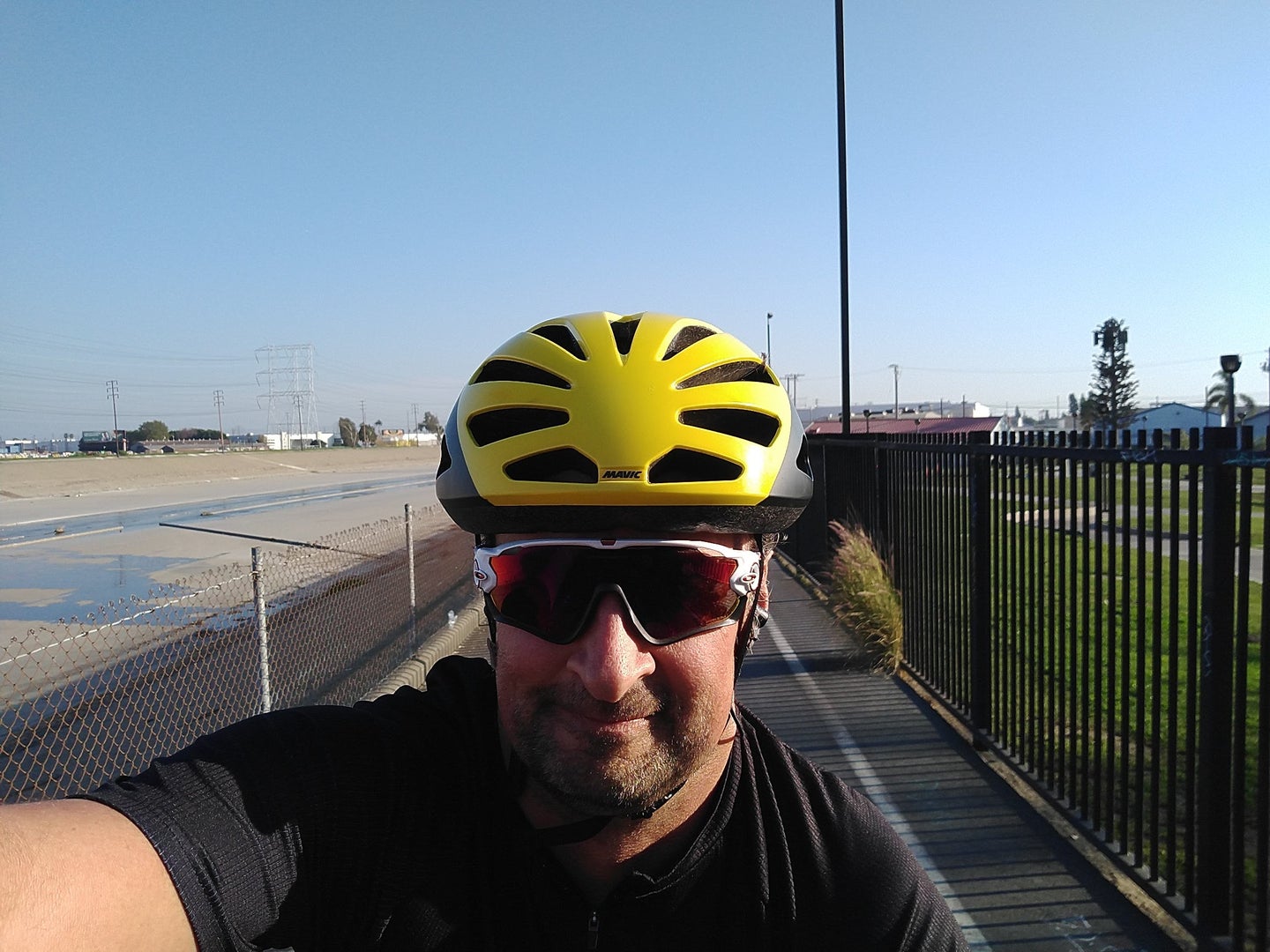 Commuting 30 miles each way to and from work becomes much more manageable aboard a Class 3 ebike. Stephen Krcmar
SHARE

Ever since my first job—as a paperboy—bikes and bike commuting have been a big part of my professional life. I took that first gig delivering newspapers because it was something I could do on my Mongoose. Since then, I’ve worked as a bike messenger in New York City, a test rider in Connecticut, and gear tester all over the country. I’ve also commuted via two wheels through the burbs of New York, the mountains of Mammoth Lakes, and all over Boston.

My current commute from Highland Park in Los Angeles to Long Beach is 30 miles each way. It’s the most challenging commute I’ve ever had. The ride includes almost 15 miles of bike path through South LA (Compton, Watts, etc.) with countless homeless camps, an industrial stretch dominated by speeding semitrucks (thanks to an incorporated city), and plenty of slaughterhouses that stink worse than any Burning Man port-a-potty. And because God likes to wear a jester hat on occasion, the gut-wrenching odor of meat-processing plants is occasionally punctuated with the aroma of bakeries doing their thing.

That’s why my new bike-commute death metal playlist is called “Slaughterhouses, the Suffering of Sentient Beings, and Sugar Cookies.”

This ride on a non-electric bike is long for a workday—at least for me. My sweet spot for a commute is 90 minutes or less. A Class 3 ebike helps me do that—knocking about 30 minutes off of the pedal on an analog bike. One week, I rode those 30 miles to or from work nine times. All but one of those rides was on an ebike. Here’s what I learned.

A well-prepared pedaler is a happy pedaler

When you’re commuting 60 miles a day, organization is key. Keep a list of what you need for the commute and keep your kit in one place. Lay out everything in advance of your ride when possible, so when it’s time to go you can head out with zero frustration or wasted time and energy. Bonus points for dialing in your coffee routine the night before.

You’ll find out what you love, hate, and need in a bike. For Los Angeles, a fat tire (47c) is better than front suspension—less weight and greatly reduced road buzz from ignored tarmac. Going sans suspension also knocks down the price of the bike.

You’ll ride through lots of debris

The quicker you can get it off your tire, the lower the chance of a flat. Old-time road racers use their gloved hand to do this. Others listen for the telltale tick-tick-tick of something stuck to a tire. Stop and remove it before it punctures the tube. Sure, stopping slows you down, but not as much as changing out a tube.

Some stretches are really boring

Podcasts and music help. Earbuds, a helmet with speakers, or a bike-mounted speaker is key. More on that below.

Having the right gear is key

High-tech helmets with integrated speakers are great—until the crosswinds come in. And that’s when a basic set of earbuds is better. Earbuds tip: Keep it low profile. Stay away from models like Skullcandy’s Ink’d Wireless, which have a soft, horseshoe-shaped bit that fits around the back of your neck that can catch the wind.

Don’t go too crazy with coffee before you get on the bike. Once you arrive at your destination, lean into your hydration immediately. But you’ll probably want to taper on drinking a lot of liquids a few hours before you head home.

Find roads that have timed lights

File those away. Always being in motion is more important than being fast.

Using your phone for directions helps you explore different routes. Find a handlebar mount for your phone. I use the Ram X-Grip: Designed for motorcycles, it ain’t pretty, but it’s very functional.

Any messenger/traffic-scofflaw tendencies will come out

Hit a red? Many will pull an “Idaho stop” and pedal through. Just know that the obvious physical risk can also be financial. In many areas, running a red light is viewed as a moving violation and can affect your car insurance rates. And the fines can be $300 or more.

See a sketchy crew hanging out in a remote area that you have to pass? Find an alternative. On the LA River Bike Path, those sections are often underneath bridges. When my Spidey senses are tingling, I leave the path and cross the street.

A bell is helpful for bike paths. So is the rudimentary “on your left.” But earbuds rule, and many ride with the music cranked, so pass with care.

Call it a mix of hypermiling and maximizing time spent at 28 mph. Getting slightly more aero helps on both counts. And most of my cycling nerd friends and colleagues goof on me for using an ebike anyway, so I might as well lean into it with the addition of tri bars.

Going faster—Class 3 ebikes help you hit 28 mph—feels safer. It’s easier to take the lane and much easier to catch green lights. Pro tip: Look at the pedestrian countdown light to see how much time you have to make it through your next intersection.