Many trans and non-binary people still live in states that ban gender-affirming treatment. 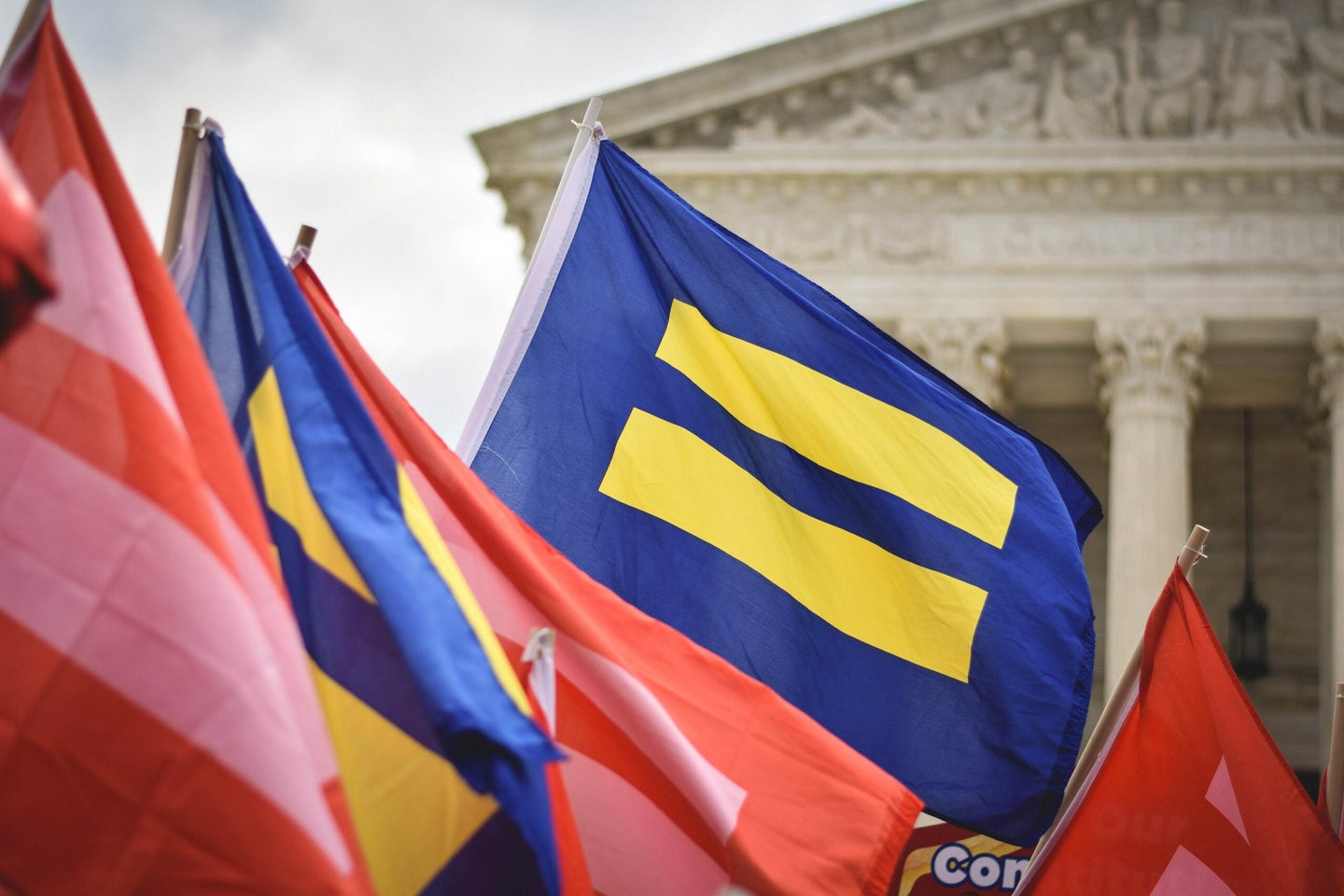 LGBTQIA+ advocates rally in front of the Supreme Court of the United States. Matt Popovich/Unsplash
SHARE

LGBTQIA+ communities across the country celebrated last Monday when a landmark Supreme Court case ruled against workplace discrimination on the basis of sexual orientation or gender identity.

The case is one of the biggest so far to affirm queer rights, and is the first major transgender rights case to make it through the Supreme Court. SCOTUS declared that the phrasing for discrimination “because of sex” extends to sexual orientation and gender identity—a decision that experts say can be used to fight against other discriminatory policies, including in health care.

The ruling came right off the back of the Trump administration’s announcement on Friday, June 12, the anniversary of the Pulse mass shooting, that discrimination “because of sex” in health care would no longer apply to queer or trans individuals. The ruling came at the end of a week when two black trans women, Riah Milton and Dominique Fells, were murdered, drawing large crowds to protest.

That makes the Supreme Court’s ruling all the more influential, because the judges disagreed with the administration’s narrowing of the Affordable Care Act. Chase Strangio, an attorney and trans rights activist who worked on the Supreme Court case, said in a celebratory tweet that the new ruling against LGBTQ discrimination makes the Department of Health and Human Services rule “basically void.”

“It’s a really important and significant decision,” says Christy Mallory, a lawyer at UCLA’s Williams Institute, explaining that it sets a precedent that will help overturn the rule change. “Courts will look now to this decision and perhaps … extend those same protections in health care, education, sports, and fair housing, too.”

But the SCOTUS decision focused on workplace discrimination only, so until the federal government’s rollback on health care rights is overturned, LGBTQIA+ access to medical services remains vulnerable and tenuous. Human Rights Campaign and multiple other groups announced that they were suing the Trump administration for “attempting to remove basic health care protections from vulnerable communities, including LGBTQ people.”

Health care is a major area where trans people are exceptionally vulnerable, says Jody Herman, a public policy researcher at UCLA’s Williams Institute. Even before the White House’s June 12 announcement, large swaths of the country were already denying trans individuals gender-affirming care (which refers to all medical practices that acknowledge and recognize a person’s gender identity, from facial hair removal to cosmetic surgeries). When people aren’t protected from discrimination by law, there’s a consistent fear of being targeted, even by professionals like doctors, Herman says.

In a 2010 survey of more than 7,000 transgender and gender non-conforming people, 28 percent said they delayed seeking care when they were sick for fear of discrimination, and 19 percent reported being refused medical care because of their gender identity. Trans individuals whose appearances matched their legal documents were more willing to seek treatment from a doctor than those whose gender presentation didn’t match their documentation.

Even when trans individuals do manage to seek treatment, “medical providers fall prey to stereotypes about gender, which impacts how they provide care,” says Katie Spencer, a human sexuality researcher at the University of Minnesota, who runs inclusivity training programs in medical settings. And it all starts in the way health experts are educated.

“In medical-school curriculums, for example, LGBTQ health is a separate lecture. But actually, LGBTQ people are part of the whole of all society,” Spencer says. Medical professionals are rarely trained to think beyond the “typical patient,” who they assume is white, middle-class, able-bodied, and cisgendered. Spencer notes that the outdated mode of thinking marginalizes huge populations of people and propagates medical misconceptions.

For example, there are trans men and nonbinary people who menstruate and can even get pregnant. On the flip side, there are plenty of cisgender women who don’t menstruate for reasons such as menopause, polycystic ovarian syndrome, uterine disorders, and birth control regimens. To conflate menstruation with womanhood is wrong and offensive, Spencer says, and more importantly, it’s medically dangerous. If men and nonbinary people don’t feel safe going to a doctor to consult on their reproductive organs, that’s a public health concern.

Last year, Herman and colleagues found that out of an estimated 1.4 million transgender adults in the US, only 152,000 were enrolled in Medicaid. That’s about half of the 20 percent that signed up from the general population. Out of the 152,000 trans adults enrolled, less than 50 percent had state-law protected access to gender-affirming care, and more than 20 percent lived in states that outright banned gender-affirming care.

All of which shows that there’s still work to be done to lessen the stigma surrounding trans-ness, Herman says. She points to common misconceptions like “bathroom panic” and the idea that transition-related healthcare will be a burden on society at large, which President Donald Trump has cited and tweeted about consistently over the years.

In reality, it’s quite the opposite. In her research, Herman found that providing services for sex-reassignment surgeries, hormone therapy, and counseling adds little to no extra cost for employers. Looking at criminal-incident reports in Massachusetts, Herman and her colleagues also found no connection between gender-nondiscrimination laws and increases assault, sex crimes, and voyeurism in public restrooms, locker rooms, and dressing rooms. “Those are misconceptions that I would say have been soundly debunked,” she says.

With gender, race, and ethnicity numbers are shifting in the country, “we need a paradigm shift that includes everyone at the margins,” Spencer goes on to explain. But the conflicting messages from the Supreme Court and the White House have left her with mixed feelings on whether discrimination will be beat back in medical practices. “Seeing conservative judges rule in favor of LGBTQ rights made me feel hopeful … but I don’t know,” she says. “With things like healthcare and employment, laws and policies help create a structure to protect people. And I just want people to feel safe.”