E-Cigarettes Not Harmless, Should Be Regulated Like Cigs, Study Says

It's unclear whether or not they help people quit real cigarettes. 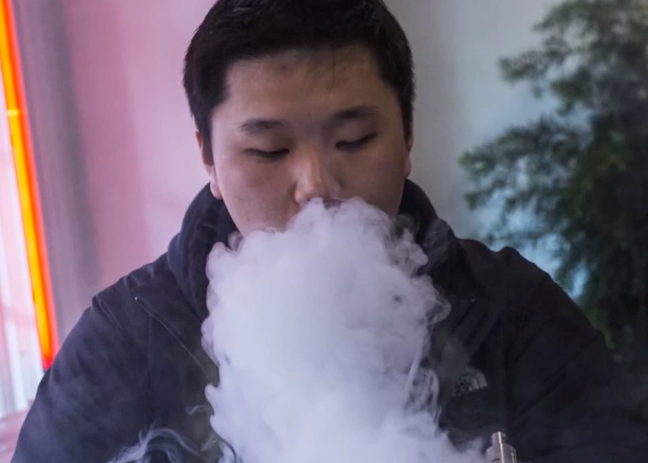 E-cigarettes have only been around for about a decade, and it’s not yet clear what all the health effects of “vaping” might be. But according to a comprehensive review of research on health effects and usage patterns of electronic cigarettes, they are certainly not “harmless water vapor” as many in the industry have claimed (also see for example this ‘study,’ published in part by a pro-vaping industry group, or manufacturer’s claims that e-cigarettes are safe). It’s also unclear if they help people quit smoking, as is often claimed. Many people use both e-cigs and tobacco cigarettes, for example using the former in indoor areas where the latter aren’t allowed. For that reason, the researchers, from University of California, San Francisco, suggest they should be subject to the same laws and limitations as tobacco smokes.

The review highlights studies suggesting that e-cigarettes are not harmless for users. In one study, people who vaped had increased exhaled levels of nitric oxide, attributed to lung inflammation. Another study found vaping had “adverse physiologic effects after short-term use that are similar to some of the effects seen with tobacco smoking,” such as constricted airways. Furthermore, when heated and vaporized, propylene glycol–often used in e-cigarettes to form aerosol particles–can form propylene oxide, a recognized carcinogen.

Second-hand vapor may also be harmful. In one study, people sitting in a chamber filled with secondhand smoke and others in a separate one with vaping aerosols (designed to mimic real-world conditions) had similar blood levels of nicotine after sitting in their respective confines. (“Nicotine is a highly addictive substance with negative effects on animal and human brain development, which is still ongoing in adolescence,” the authors write.) Another study “measured indoor pollution from 3 people using e-cigarettes over a 2-hour period in a realistic environment modeled on a café,” the authors wrote. “They found elevated nicotine, 1,2-propanediol, glycerin, aluminum, and 7 polycyclic aromatic hydrocarbons classified as probable carcinogens by the International Agency for Research on Cancer in the room air.”

Due to health and other concerns, the FDA proposed new rules to regulate e-cigarettes last month.

For more coverage of the review, head over to the San Francisco Chronicle, which has a good story on the research.