This Steampunk Penny Crusher Was Made By Hand

It beats pinching them 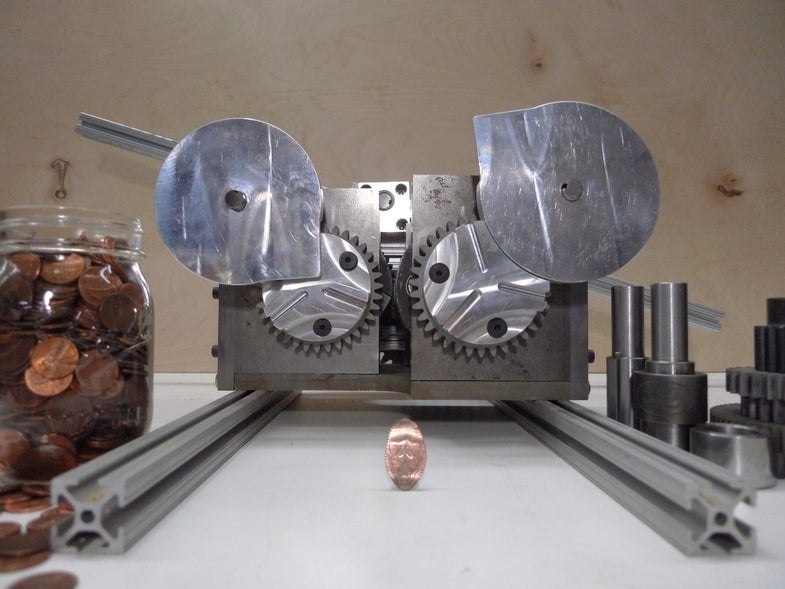 After Stuart Anderson quit his job at Twitter last year, he needed a project to occupy himself. For years, he and sculptor Shaun Slifer, his roommate, had talked about creating a penny crusher—Slifer has collected souvenir pennies since childhood. Anderson decided it was finally time. 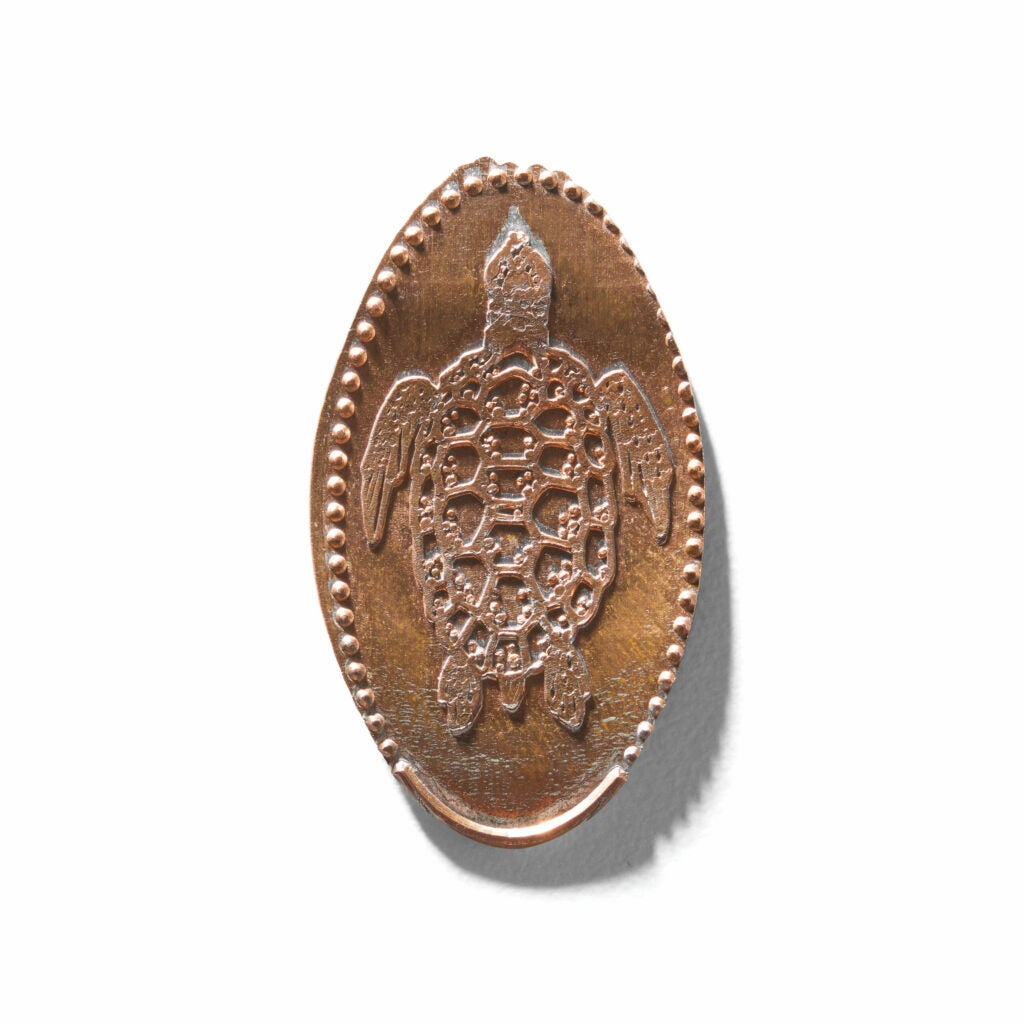 Putting his robotics doctorate to good use, Anderson built a metal prototype, then machined the final version. Hand-cranked gears turn two cylinders, each etched with an image. The cylinders drag a penny through the gap between them, flattening and elongating the coin while pressing an image into both sides. Slifer, along with eight other artists, created more than a dozen penny designs, many showcasing critically endangered or extinct animals from North America. “The machine uses technology to speak critically about technology and our relationship with the natural world,” Anderson says.

This summer, Anderson and Slifer hope to display the penny crusher at a branch of the Brooklyn Public Library. They joke it might recoup their investment someday—it’s currently set up to charge 50 cents per penny.

This article was originally published in the December 2015 issue of Popular Science, under the title “Steampunk Penny Crusher.”