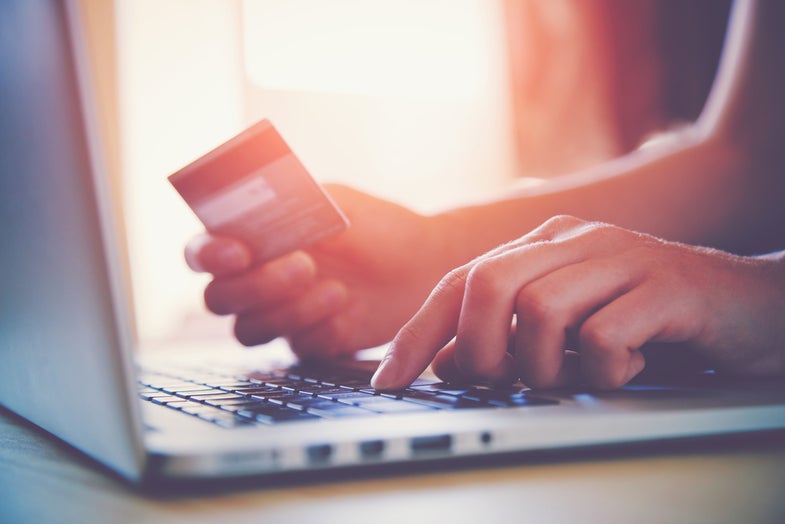 Amazon’s review system helps shoppers separate the great from the garbage. But as the retail giant grows ever bigger, its sheer number of reviews is expanding—and some of them are less than reliable. Here are a few tricks to discern which reviews are genuine so you can judge products as they deserve.

Not all suspicious reviews are outright fakes. Sure, some may come directly from a company’s PR team, but others may result from regular people who received money to try a product. Once upon a time, Amazon allowed companies to offer discounts on items, as long as the buyer left a review—an obviously problematic practice, since it incentivizes people to leave positive reactions. Amazon banned this practice two years ago, but as the Washington Post notes, those incentivized reviews didn’t disappear. They just moved to more secretive corners of the internet, such as Facebook groups where companies pay regular folks to leave five-star reviews.

Amazon claims that only 1 percent of its reviews are fake, but even if that’s true—which is up for debate—it means a few million fake reviews are still floating around the site, likely concentrated heavily in certain product categories. Here’s how to hone your BS detection skills.

Let sites analyze an item for you

Fake reviews tend to share certain characteristics: They often contain specific repeated phrases, appear at the same time as a large influx of positive reactions, or come from users who have reviewed multiple products from the same brand. Thankfully, when you set out to detect these traits, you don’t have to read every single review yourself.

Two online tools will do the heavy lifting for you: Fakespot and ReviewMeta. Just paste the URL of an Amazon product into either site, and it’ll analyze that item’s reviews for the tell-tale signs of fakery. Both sites will then throw out the suspicious reviews to offer an “adjusted rating.”

However, neither site is perfect—and they both admit as much. There are no characteristics that guarantee a review is fake, and a computer algorithm can only do so much. As a result, glancing at these adjusted ratings is just a first step. ReviewMeta in particular lets you drill down into a more detailed report to learn more about what repeated phrases were used, which users left suspicious reviews, and so on. You should take advantage of this feature, because it’s important to trust your own judgment above all else.

Look for patterns and suspicious language

If you see the same language repeated over and over again in a number of reviews, that could indicate of foul play. Both Fakespot and ReviewMeta take this into account, but some repeated phrases are more suspicious than others. To suss that out for yourself, you’ll need to look through the reports.

For example, if you’re looking at reviews for a phone charging cable, you might see the phrase “great quality for the price” recur again and again. That statement on its own isn’t too strange. It’s much odder to read the exact phrase “i bought these for my iphone 7 plus and they transfer data to the computer really well and get it charged without any problem” in multiple reviews.

Similarly, look for full mentions of a product’s brand or name. It’s not normal for multiple people to refer to, say, an “Inner Ear Bluetooth Headphones with Bass Boost Technology™.” Look through the reviews and analyzer reports yourself to decide what really sounds suspicious.

Lastly, both services check each reviewer’s history for certain criteria. For example, if a reviewer only has one review—or has multiple reviews for products from the same brand—that could mean something fishy, especially when combined with unusual repeated phrases. If they wrote about those products within days of each other, that’s even more suspicious. You can even check the reviewer’s wish list—if multiple dubious reviewers have the exact same items on their wish lists, then those products might be planted.

Again, none of these characteristics necessarily proves that a review is fake, but if the text shares a few of these patterns, you’re probably better off ignoring it. Move on to the next reaction for real information about the product.

While Amazon has banned companies from incentivizing reviews through its platform, a number of those reviews are still floating around from the old days. If you see a phrase like “I have received this product for a discount in exchange for my honest review,” it’s probably left over from that old program. That means it isn’t fake, per se, but you should definitely take it with a grain of salt.

Strangely, though, Amazon still allows incentivized reviews from people Amazon incentivizes itself. The company recruits certain reviewers for its Vine program, which offers free or discounted products in exchange for what Amazon says should be an “honest” review.

The vetting process is more rigorous than for third-party incentivized reviews, but if you see a “Vine” badge on any review, keep in mind that they probably got that product for free. That means they may not judge its performance it in a totally impartial fashion.

Even if you detect questionable reviews with these methods, that doesn’t mean you should necessarily avoid the product. It merely indicates that some of its reviews aren’t completely reliable.

So once you’ve filtered out the fakes, take care to read the trustworthy reviews more closely. Three- and four-star reviews may be more enlightening than one- or five-star ones, since fake reviews tend to fall on more extreme ends of the spectrum (yes, companies sometimes leave one-star reviews on their competitors’ products). Trust your own BS detector, do your due diligence—and remember that Amazon reviews aren’t the only assessments out there.

For example, you might find a professional reviewer with similar tastes and read up on their favorite products. Try asking a friend for recommendations. And, when all else fails, remember Amazon’s generous return policy. If a product doesn’t live up to expectations, send it back and try something else. Just be sure to pay it forward and leave a review for other shoppers.