Start Final Fantasy VII again at your own risk. 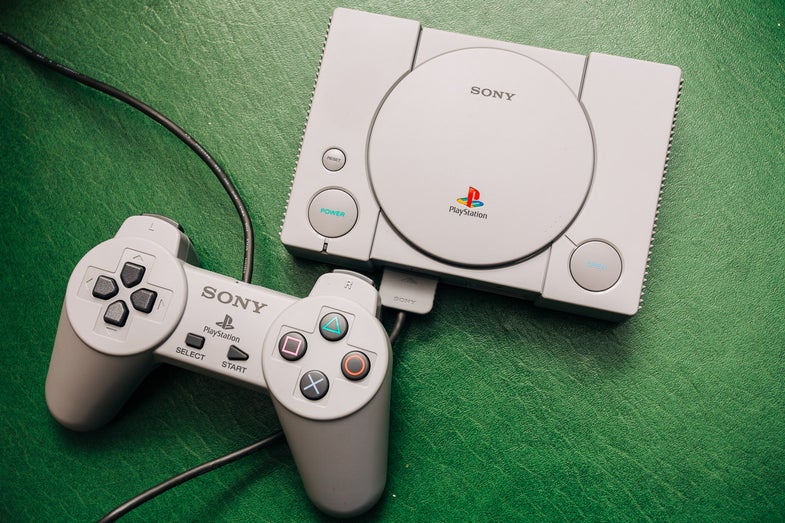 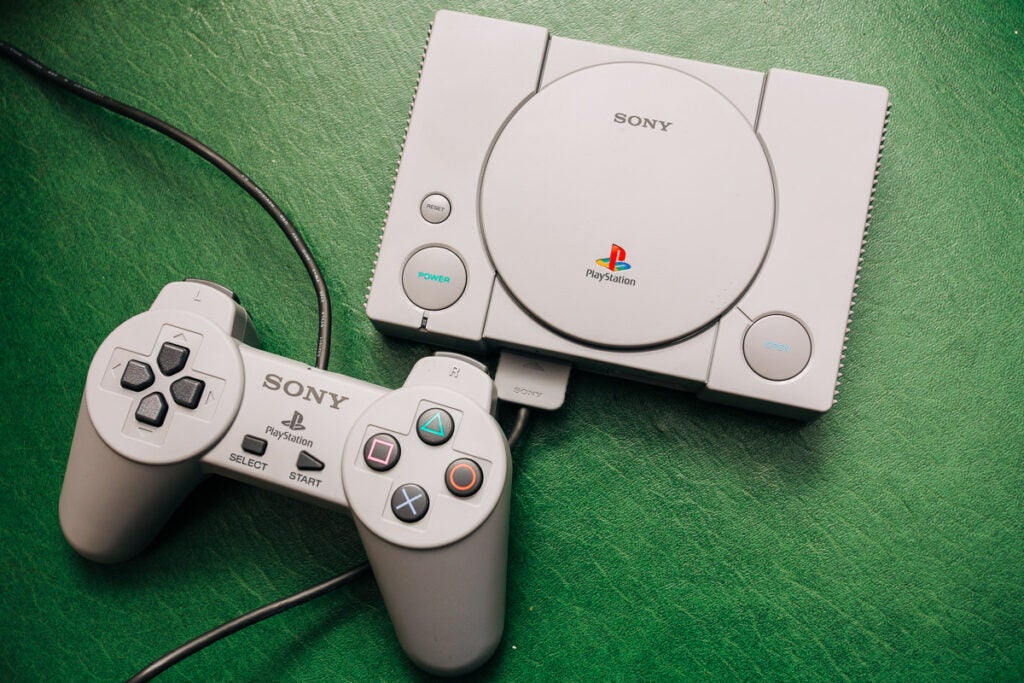 The Sony PlayStation Classic is nearly the same size as the controller.

Retro video games are fun, but until last year, they were tricky to give as a gift. You can load up a gift card for virtual console games on modern consoles, but the selection is sporadic and gift cards aren’t fun to unwrap. You can also go the vintage hardware route, but buying old game stuff from a trustworthy store can get pricey, and those old heaps of plastic and silicon degrade over time, no matter how well they’re cared for and restored. Or, you could buy one of those unlicensed consoles loaded with bootleg versions of your favorite games. I once got one for $30 from a flea market. It was fun, but the controller only had eight of its nine buttons and Mario was blue for some reason.

The Sony PlayStation Classic is the latest in a small parade of officially licensed self-contained retro consoles. It rolls up 20 old-school PlayStation games—Tekken 3 and Rayman—with a pair of controllers, and a mini version of the original, iconic gray console that debuted in 1995.

It even comes in a box that has the feel of an old console box. While I typically think packaging design is a somewhat overrated feature in the gadget world, I like the box the PlayStation Classic comes in. It’s the kind of package that’s fun to see when you rip off the colorful wrapping paper. It takes you back to getting a console for Christmas if you were lucky enough to experience that, or helps make up for the console you never got.

Is it fun to play?

There are 20 games on the PlayStation classic and while some of them are hits, others are slightly perplexing. Cool Boarders 2 is an obvious classic (I’m not being sarcastic) and Final Fantasy VII is the kind of game that can eat up hundreds of hours before you realize how addicting it is. Tekken 3 is still incredibly fun, and Metal Gear Solid is the so good you don’t even really need to rely on nostalgia to enjoy it.

Some titles, though, like Intelligent Qube, don’t have the same iconic status. This was an awkward phase for games as they transitioned into more 3D worlds. Without the novelty of newness, the awkward movements and camera wackiness can be more distracting than exciting. It would have been awesome to see some other truly iconiPlayStationon titles, like the original Tony Hawk Pro Skater or Tomb Raider, which was one of the quintessential PlayStation titles. But, licensing is hard. Crash Bandicoot, for instance, would have been amazing on a machine like this, but the franchise just got a total remaster for the big consoles, which obviously took priority over a retro console.

Are the controllers any good?

The controllers are one of the best elements of the PlayStation Classic. They aren’t flimsy and you get a pair of them in the box. If Sony really wanted to nail the old PlayStation feeling, they should have included one really good controller and another off-brand controller that was slightly broken so you could make your brother, neighbor, cousin, or whoever else was unlucky enough to be player two have to use it.

Seriously, though, the controllers are great. They don’t have the DualShock joysticks for easier 3D movement, but the original Playstation pads didn’t either and none of them games really require them. Each controller plugs into the console via USB, so you can plug them into a PC if you want as well, which is nice added value.

Do you get any extra features?

With other retro consoles like the Nintendo SNES Classic, you get a few extra bells and whistles to go with the gameplay experience, like the ability to rewind during a game if you screw up and don’t want to have to endure playing a dreaded game over again. The PlayStation Classic, however, offers a mostly stock experience. You can only save one game per title to pick up where you left off. You can’t have multiple saves. And the menu system is fine, but it’s not quite as polished as the Nintendo machines.

Careful buying it for your kids

I have two children who are almost the same age as I was when I got the original PlayStation back in the neon-filled days of the mid-90s. And while they enjoyed playing with the PlayStation Classic, they didn’t seem to understand why I thought it was so fun to try and pull somewhat lame snowboard tricks with a jaggy character in a game that could clearly never compete with the UHD 4K Xbox One and Playstation 4 graphics they’re used to.

They played each of the games a little and then bailed to see what else they could play. That wasn’t an option when I was a kid. When I got a $60 game, that was my entertainment for the foreseeable future. So, the obvious choice was to spend hours grinding away random encounters to level up my Final Fantasy characters or trying to unlock all the hidden characters in Cool Boarders 2. That’s not the case anymore, so building those obsessive relationships with classic games is a lot harder to do.

If you’re a rational consumer, then your buying decision should be a simple matter of looking at the list of games. If any of them send you careening down memory lane like a driver who had too much wassail at the office holiday party, then this product is meant for you. If you’re just looking for some classic games to play and you don’t have specific affinity for any of these, then something like the Sega Genesis Classics collection, which gets you 53 games for $30 (and that’s retail without any holiday discounts, which are abundant this time of year) might be a better bet.

If you’re buying it for a gift, though, it’s hard to beat something like this. Sure, it would be a lot more attractive at $80, but the fact that it comes with two controllers makes it a gift that’s immediately fun. You open it and want to hook it up right away. And now that you’re an adult, you can play it until 3 AM without having to sit next to the system with the TV on silent so you can quickly turn it off if you hear your parents coming out to the kitchen for some water.