Sleep Deprivation Can Give You The Munchies 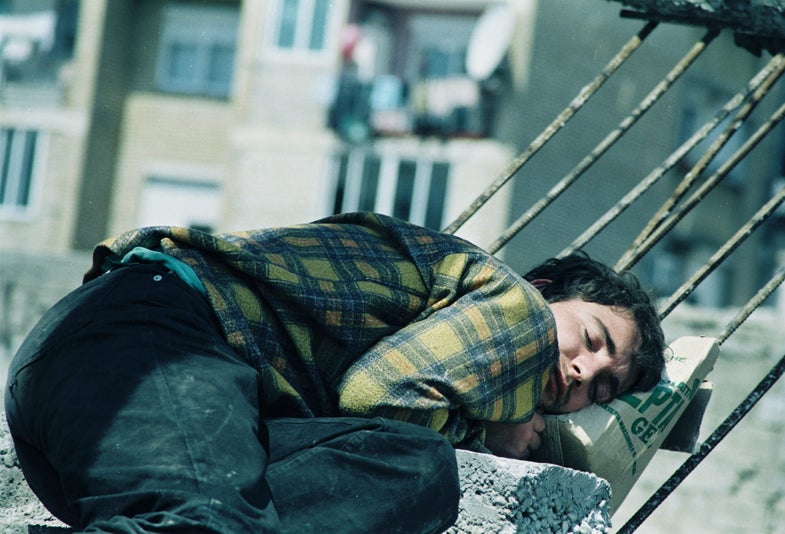 You might not have noticed it, but people tend to eat more if they haven’t slept enough the night before. “Sleep munchies are definitely a thing,” says my colleague Matt Giles, who was up late working and felt compelled to eat some pita chips and hummus. Now scientists have linked this behavioral quirk to human physiology: Sleep deprivation alters the endocannabinoid system, a series of receptors that affect the body’s regulation of hormones and immune function, the same one that’s affected when people smoke marijuana. The study with these findings was published this week in the journal Sleep.

In the study, the researchers carefully controlled the sleeping habits of 14 young men and women. Over the course of four nights, six of the participants slept a normal amount, an average of about 7.5 hours, while the other eight participants only got an average of four hours of sleep. They were all given the same number of calories per day. The researchers asked the study subjects to assess their own hunger, mood, appetite, and alertness, which they checked against measurements of various compounds (such as cortisol, a hormone that helps the body wake up) taken from hourly blood samples.

The researchers were especially interested in 2-arachidonoylglycerol, or 2-AG, an endocannabinoid known to help the body regulate appetite and energy levels. They found that the 2-AG levels vary much more throughout the day in sleep-deprived people. Not enough sleep, the researchers concluded, made the endocannabinoid system more active, compelling the sleepy people to eat more.

Not only did the sleepy participants eat more, they ate more foods that were bad for them. At the end of the study, after four nights of monitored or restricted sleep, the participants were allowed to eat anything they wanted from a buffet, and the sleep-deprived participants couldn’t resist the “highly palatable, rewarding snacks,” the study authors write, even though those participants had just eaten plenty of calories a few hours beforehand.

Despite the short duration of the study and the small number of participants tested, the researchers believe their results are highly applicable to daily life. Americans are getting less sleep than ever—40 percent of Americans get less than seven hours of sleep per night, according to a poll, and the CDC recognizes sleep deprivation as a legitimate public health concern. Scientists already know that loss of sleep can affect a person’s genes, mood, and ability to read social cues, so maybe it’s not a coincidence that about 35 percent of Americans are obese. A better understanding of the body’s mechanisms linking sleep deprivation and obesity could help researchers find new ways to prevent weight gain.