Congress is investigating whether university science departments around the country are in violation of the storied equality law; its findings could have a grave impact on the future of science 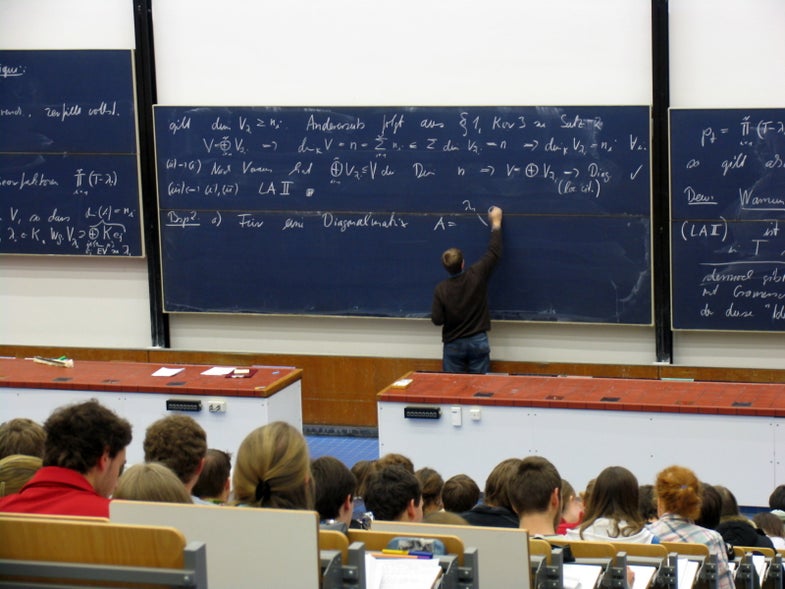 Men once greatly outnumbered women in collegiate athletics—Title IX brought equality. Men currently outnumber women in science—could Title IX have the same effect? Associated primarily with sports since its inception 26 years ago, Title IX actually applies to sexual discrimination throughout education. According to a recent article in the New York Times, the National Science Foundation and NASA, at the behest of Congress, are quietly investigating whether the science departments of universities might be in violation of Title IX.

Most people know two things about Title IX: 1. It created an impressive increase in the quality and quantity of female collegiate athletics, and 2. It resulted in a disappointing elimination of some male collegiate sports to reach the required equal balance. Some are concerned that parallel results could be achieved.

“Colleges already practice affirmative action for women in science, but now they’ll be so intimidated by the Title IX legal hammer that they may institute quota systems,” Dr. Christina Hoff Sommers, a resident scholar at the American Enterprise Institute, told the Times. “In sports, they had to eliminate a lot of male teams to achieve Title IX parity. It’ll be devastating to American science if every male-dominated field has to be calibrated to women’s level of interest.”

The numbers suggest the need for quotas might be unnecessary and a generation too late. Finding a blatant disparity similar to that once seen in athletics won’t happen in science. While women lag behind men overall in science there are disciplines where they outnumber men (60 percent of biology undergrads and 70 percent of psychology Ph.D.s are women). Susan Pinker, a clinical psychologist, thinks existing difference might just come down to choice.

“Creating equal opportunities for women does not mean that they’ll choose what men choose in equal numbers,” said Ms. Pinker. “The freedom to act on one’s preferences can create a more exaggerated gender split in some fields.”

It’s uncertain where the Title IX investigation will lead, but following too close to the sports analogy could be dangerous. Nobody would argue that as a nation, we don’t need more women in science. But, we need more men too.