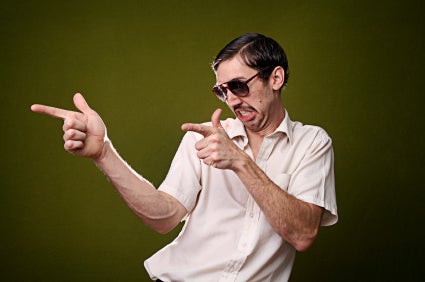 Sorry fellas, but she’s probably just being nice to you.

Many women know that men sometimes mistake friendliness—say, smiling and eye contact—for sexual interest. Psychological research has long backed up their experience. A new study appearing in the April issue of the journal Psychological Science is no exception. It found that college-age heterosexual men who viewed images of women misidentified their body language and facial expressions as sexually suggestive 12 percent of the time. Women made the same mistake only 8.7 percent of the time.

These findings are nothing new, but when the researchers ran the second part of the experiment a curious pattern emerged.

It turns out the men weren’t simply over-sexualizing their social environments, as is popularly thought, but they were interpreting facial expressions and body language wrong altogether.

If men are truly over-sexualizing, say the authors, then they would be extra-adept at reading a sexual innuendo as such. But what men in fact did was frequently undersexualize women in that context–they read an expression that was intended to be a come-on as simply a friendly gesture.

The results could be useful for sexual-assault prevention programs. The thinking is that men who are at a higher risk of sexually coercing women would benefit from training on how to discern nonverbal cues more accurately. Mistakes could lead to feelings of frustration and rejection—potentially dangerous feelings for this subset of men.