As the Summer nears, reports surface of multiple security sweeps for radioactive material at Olympic sites 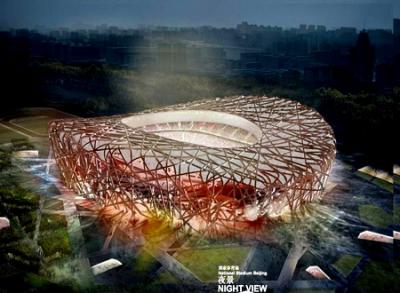 According to the Canadian Press, Chinese and American officials are working in cahoots to remove radioactive material from Olympic sites in advance of the games this summer in Beijing. The work is the latest hurdle the Chinese must overcome with the world watching closely. From pollution to human rights, press coverage to date has been less about the sport and more about the host.

American experts from the National Nuclear Security Administration (NNSA) have taken at least two trips to China hoping to eliminate any material that could be used as a dirty bomb.

Sources cited by the Canadian Press say that this is part of a sweep focused on devices in hospitals and research labs. While details are vague at best, the work is consistent with reports by the Los Alamos National Labs that the NNSA is “initiating a cooperative effort with Chinese authorities in support of the 2008 Beijing Olympics.” John Broehm, a spokesman for the NNSA, added little more clarification “We just don’t have any information to give you. That’s all I’m going to say,” said Broehm to the Canadian Press.

Looks like somebody has been taking lessons on media relations from the Chinese.