Volleyball (On the Sand and In the Gym)

Smacking a ball over a net calls for some surprising technology 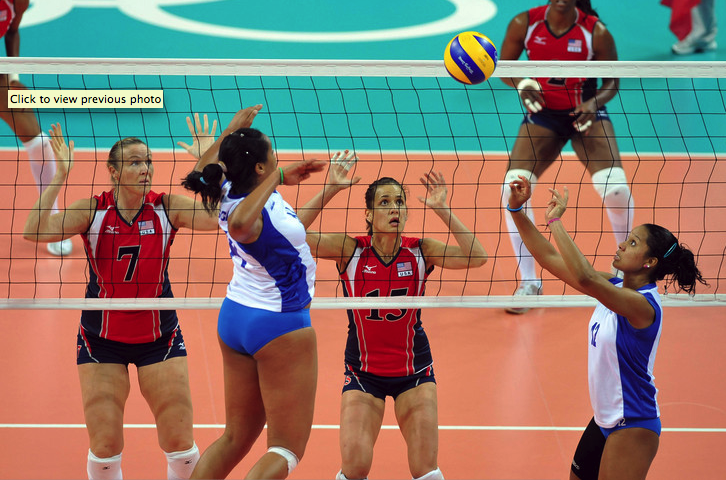 Every four years, we watch. We marvel at badminton and wonder about the modern decathlon. With more than 300 gold medals awarded across 37 disciplines, our lives are suddenly much less productive. To aid in your immersion, we continue with our daily edition of “know your Olympic sport,” (check out the whole series here) by serving up some volleyball.

Inside we’ll provide thermal imaging, a new ball and a sock for the sand. Let us begin!

Grimace for the Camera

Forget about feeling the burn. In preparation for the Beijing Olympics, beach volleyball players could see it. Scientists at the USOC used thermal imaging capability to provide a real time assessment of inflammation in the body. Athletes would often complain of pain in different joints that couldn’t be diagnosed by doctors. But have the player jump around in sand for thirty minutes and the camera could pinpoint the source. 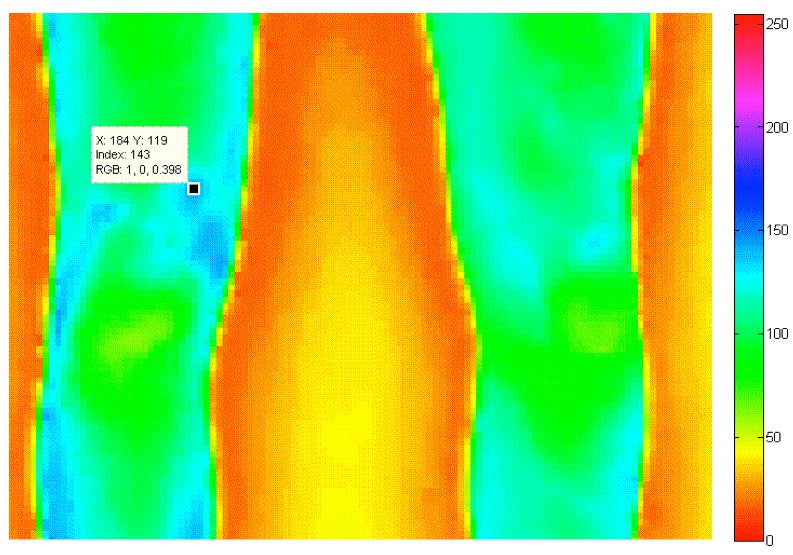 “You can identify injuries pretty well,” said Dr. Bill Sands of the USOC. “Thermal imaging will identify the location of the pain even though CT and MRI don’t show anything.”

To further hone in on the source computer code was used to post process the data (see figure below). Armed with more description than “my knee sorta hurts,” the athletes would return to doctors with analysis in hand for further treatment.

According to Sands, such thermal imaging has been used in medicine for cases of malingering pain but he’s unaware of its application for more acute sports medicine applications. The camera itself was nothing special, just a Raytheon infrared camera that Sands had in his Jeep for his part time job in search and rescue. Off the sand, the technology was also used to help tri-athletes and cyclists as well.

With most of the public attention focused squarely on bathing suits in the sand, indoor volleyball is introducing a fancy new ball for the Beijing games. Manufacture Mikasa has provided the official ball to the Olympics for the past 28 years. The introduction of the MVA200 is the first change in the official ball in 10 years featuring a handful of significant modifications. 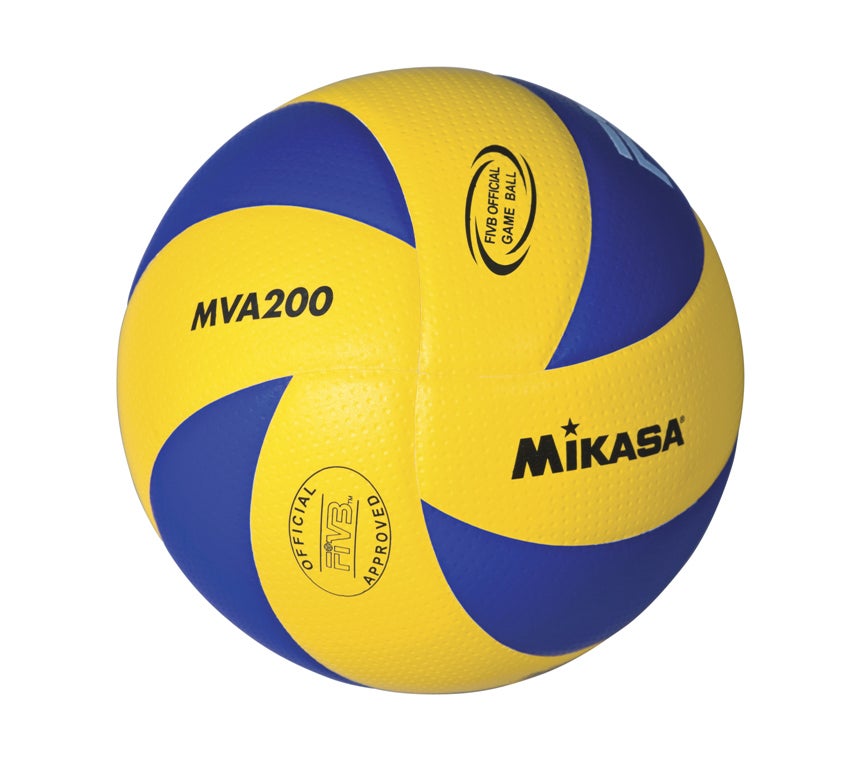 The standard 18-panel design was changed to a “petal” arrangement of just eight, which greatly decreased the amount seam length and required glue. Glue was only applied to the edges of each panel essentially capturing air between the panel and the bladder helping the ball feel softer. A dimpled microfiber surface was added to the exterior to promote a turbulent flow around the ball (a là golf balls).

The result is a ball that flies straighter and bounces more (3.5 percent) but actually impacts the arms with less force (5 percent) when compared to the previous model. Mikasa sent prototypes of the ball to each of the qualified Olympic teams to make sure that all were happy. At just $59.99 this might be the cheapest piece of Olympic history available.

Sock it to ‘Em 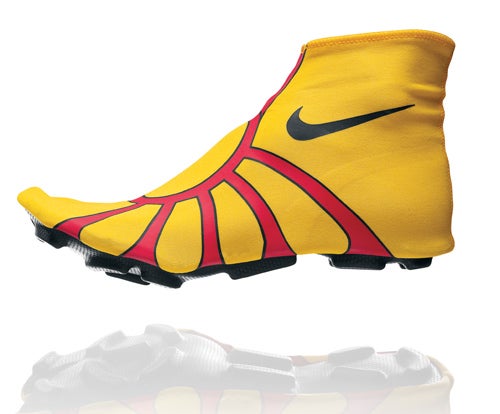 Can Nike sell shoes or what? Even in a sport played barefoot, Nike has found a way to get a swoosh on the feet of beach volleyball players. The Nike Zesti (which is Greek for sun) is more sock than shoe and intended for adverse sand conditions (hot, cold, coarse, maybe quick?). A split toe design maintains the feel of an uncovered foot while the rubber cleats on the bottom attempt to add some traction in the slippery sand. A seamless fabric fits tight, remain breathable and doesn’t let the sand between your toes. Nike designed socks for 12 teams, but we’re yet to see them on the beach. China must have good sand.

Telling your husband you lost your wedding band in the sand is a pretty weak excuse . . . unless you’re Kerri Walsh. The gold medal Olympian blocked a shot in a match this week that ripped her ring off right off her finger and into the 17,000 tons of sand. Not knowing what direction it went, NBC slow motion footage showed the ring actually went across the net. Nearly six hours later, after a series of matches, volunteers armed with metal detector went digging.
“The problem is, we rake the court,” said Peter Paul Hreszczuk, the FIVB official manning the metal detector to the Associaed Press. “We heard a few noises; a few were false alarms. When we found it, it was pretty much under the net.”
A little bit of technolgy, a little bit of luck and one less marriage heading to divorce.

A tattoo? Electrical Tape? Sharpie Marker? The odd black blob on right shoulder of beach volleyball start Kerri Walsh has confused many since she hit the sand in Beijing. The correct answer is that having recently had shoulder surgery, Walsh is sporting therapeutic tape from a company called Kinesio.

The novelty of Kinesio lies in a taping method that’s intended to minimize over contraction and facilitate blood flow for muscular disorders, lymphedema reduction and general rehab. While the tape itself does have certain novel features (ability to stretch to 130 percent) the odd patterns on Walsh’s shoulder are what founder Dr. Kenzo Kase has been pushing for 25 years. Unlike standard taping methods that restrict the range of motion (see: ankle) the Kinesio method is intended to provide some support almost by applying the elastic tap along the length of the muscle without minimizing flexibility. To get a tattoo of your own check out Kinesio Taping.