Brett Zarda looks at the athletes, the water, and the technology 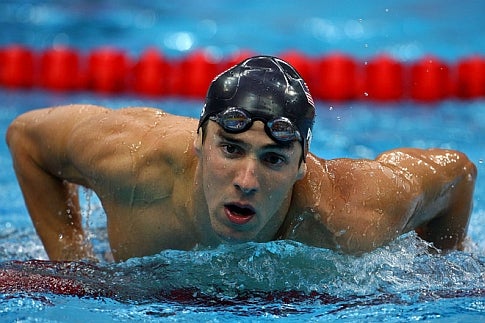 BEIJING - AUGUST 17: Michael Phelps of the United States leaves the pool after competing in the Men's 4x100 Medley Relay held at the National Aquatics Centre during Day 9 of the Beijing 2008 Olympic Games on August 17, 2008 in Beijing, China. The United States team set a new world record with a time of 3:29:34. (Photo by Jeff Gross/Getty Images). Jeff Gross
SHARE

Every four years, we watch. We marvel at badminton and wonder about the modern decathlon. With more than 300 gold medals awarded across 37 disciplines, our lives are suddenly much less productive. To aid in your immersion, we continue with our daily edition of “know your Olympic sport,” by answering some and posing some questions about the science of Michael Phelps (and swimming).

All In The Timing

Michael Phelps has the Swiss to thank for what was his seventh of eight gold medals. To spectators and swimmers alike, it appeared that Phelps fell just short of catching Serbian Milorad Cavic in the 100-meter butterfly. Even Phelps’s mother held up two fingers, thinking her son had finished second. But technology provided by the notoriously neutral Swiss (a coincidence, we’re sure), showed that the impressively long fingers of Phelps had touched the pool wall 0.01 seconds before the Serb — the smallest time increment possible in swimming.

For the past 23 Olympics, Omega has served as the aforementioned timekeeper for the games. Omega’s traditional expertise in watchmaking has been superseded by more sophisticated technology, exemplified by the electronic touchpad used for recording swimming finishes. Measuring three feet high, nearly eight feet wide and less than half an inch thick, the pad was introduced in Mexico City in 1968 in response to a controversial decision in 1960. Prior to that point, three timekeepers armed with stopwatches were assigned to each lane. Two-thirds of the pad is submerged in water, with a separate pad in each lane. The system reacts to the slightest touch, but won’t trigger based on the water movement in the pool.

“The timing system says it all,” said Phelps. “There hasn’t been an error in that timing system that I’ve ever heard of. The only thing I can say is, I raced as hard as I could and swam my best, and the scoreboard said I got my hand on the wall first.”

“As we all know, technology isn’t perfect. It’s possible. Everything’s possible. The hand is quicker than the eye. Too bad we didn’t both finish at 50.58. I would have loved to share that gold medal.”

The pads claim accuracy to 0.001 seconds, but they are only reported to 0.01. Omega notes that it’s impossible for pools to ensure that individual lanes are each the exact same length, which is why times are rounded to the nearest 1/100th of a second. Ironically, the Serbians protested the initial result of the race, which was denied based on high-speed video footage considered conclusive. Forget the video; maybe a Serb should have taken a tape measure to that lane.

Anybody notice something missing on Phelps during the aforementioned butterfly event? While side-by-side photos show Cavic wearing the infamous Speedo LZR suit, Phelps wore only the pants. Why would Phelps, in a race decided by the smallest amount possible, not wear the full suit? With universal agreement that the suit works (Nike even let its athletes wear Speedo), the intermittent usage is puzzling. Representatives from Speedo claim that the suit provides an equivalent advantage independent of stroke and that personal habit accounts for the usage (though faster events would be more dependent on drag). But the difference in outfit lets us imagine for a second (or hundredth of a second, as it were) that the result might have been different had Phelps been fully dressed. 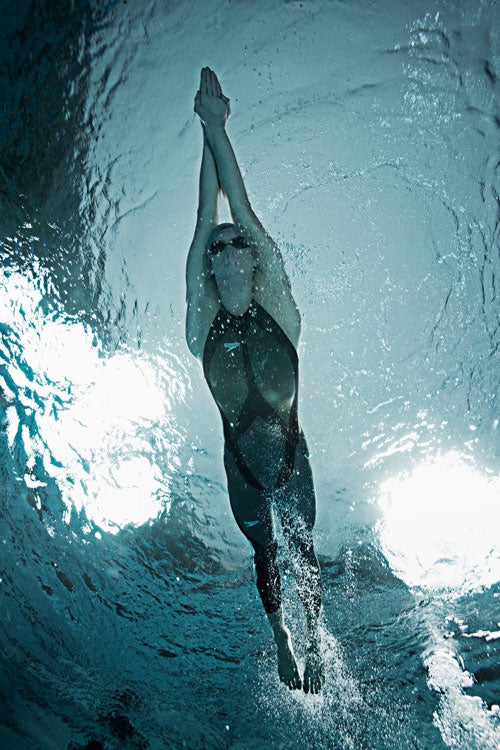 The result of all this is a near-perfect suit. When it was used for the first time at meets in Missouri and Australia, three world records and two American records fell

While Phelps didn’t wear the suit in each event, the very pool he swam in may have helped him break seven world records among his eight gold medals. The pool is three meters deep versus the traditional two, minimizing the size of waves. The pool is also wider than many used in competition and has a novel gutter system that provides additional relief for disruptive waves. Even the seemingly inert buoys that serve as lane dividers are designed specifically to direct water downward and not directly into the lane. If designer John Bilmon had his way, the times could’ve been even faster. A modification to the starting blocks (some sort of an added flap to push off), was not allowed by the governing body, though it will debut at next year’s world championships. The original plan was also to include porous walls that would further dissipate the waves, but the Chinese apparently balked at the price. Perhaps the British have some more cash for London 2012?

Waiting On The Gun

So much for the value of anticipation. The false-start detection system in swimming (also developed by Omega) will disqualify a swimmer who leaves the starting blocks exactly when the start gun is fired. By knowing the minimum time for a human to react to the gun, Omega eliminates the ability to jump the gun. The starter’s pistol is also linked to a loudspeaker in each starting block, to ensure each swimmer hears the gun at the same time.

Last time we checked, snorkeling wasn’t an Olympic event. So why are snorkels showing up in the Olympic pool? Ends up that swimmers will often use snorkels for training purposes to work on perfecting their technique while breathing naturally. A popular version is the Finis Swimmer’s Snorkel, which has a patented front-mount design. The centered snorkel allows the swimmer to maintain balance, which would be tough with a more traditional side design. According to Finis, swimming with the snorkel has also been shown to increase CO2 tolerance and VO2 max. An add-on feature called a cardio cap fits snugly into the outlet tube, reducing its diameter and restricting airflow, to increase the workload on the lungs by 40 percent. 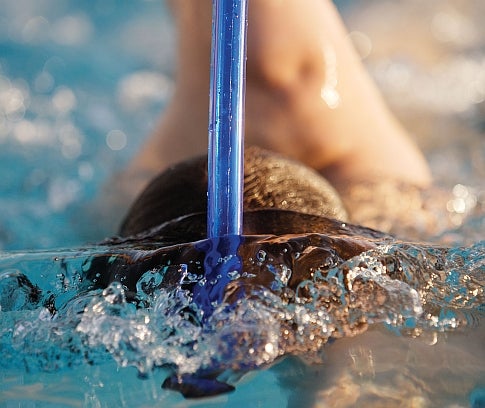 The Physics of Phelps

Just how powerful is Phelps? Fluid mechanics researchers at Rensselaer Polytechnic Institute provided some unique data to Olympic swimmers in advance of Beijing. Using flow measurement technology normally applied to cellular and arterial flow, swimmers were able to analyze the force created by their strokes and kicks. Combined with a video-based system known as Digital Particle Image Velocimetry (DPIV), coaches were able to suggest tweaks in technique.