Scientists Are Growing A Human Placenta On A Chip 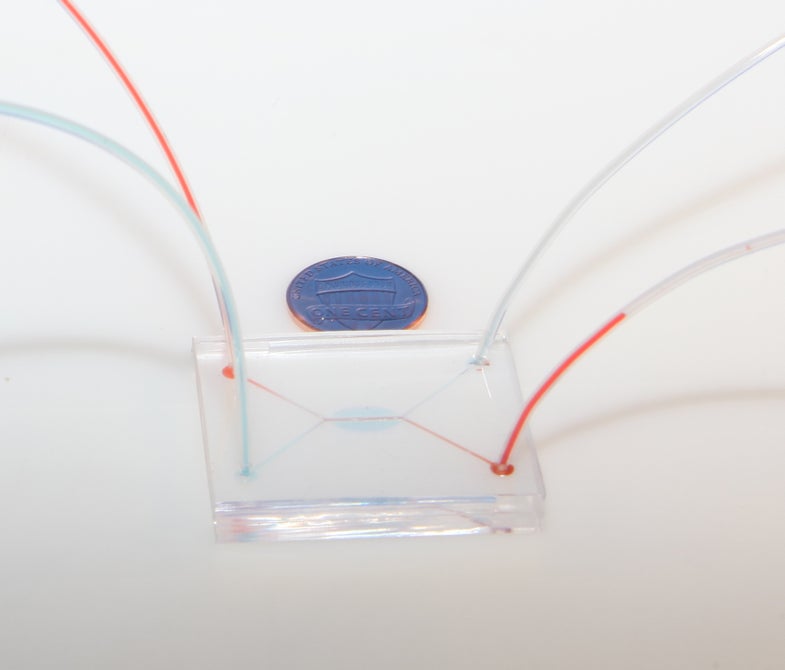 From lungs to brains, organ tissues grown on a lab are telling researchers a lot about how their cells do their jobs. Now researchers are using the technology to better understand the placenta, the temporary organ that connects a fetus and mother during pregnancy.

The placenta’s primary function is to act as a “crossing guard” between mother and child—it sends the good stuff (like nutrients and oxygen) along to the baby, while leaving other damaging elements like chemicals from environmental exposure or disease-causing bacteria or viruses. If the placenta is damaged or doesn’t work right, it could endanger the health of both the mother and the baby.

Researchers don’t really know how the placenta is able to transmit the good things while keeping out the bad. That’s because the placenta is notoriously difficult to study in humans—it takes a long time, varies a lot between individual patients, and could put the fetus’ safety at risk. In the past, most studies about the placenta were done in animals to work around these issues. Animal studies have shed some light on how the placenta works, but the tissue is never quite the same as in humans. 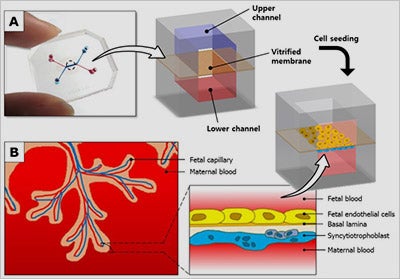 A rendering of the placenta on a chip

The researchers hope that this device will enable those studying the placenta to conduct cheaper and more efficient studies, shedding light on how the placenta works and how to best treat disorders.