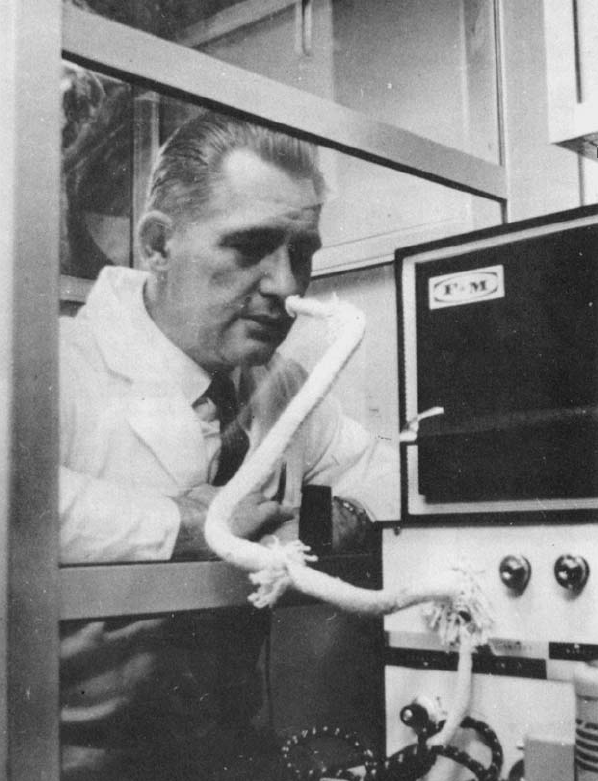 Annals of the New York Academy of Sciences
SHARE

Think you know the fresh, lemony taste of lemongrass, or the lush herbal taste of basil? Most of what we experience as “taste” actually comes from our sense of smell, not from our tastebuds. Volatile compounds — molecules light enough to produce a vapor or gas — play a key role in how we experience food and drink (as well as fragrances and scents). But the complex ways in which we perceive these molecules as flavor is not nearly as straightforward as pure chemistry, making understanding flavor partly, but not completely, a chemical question.

Using a gas chromatograph-mass spectrometer (GC-MS), a laboratory instrument that separates and detects the concentrations of mixtures of volatile compounds, we can easily quantify the aroma molecules in, say, a cup of coffee. But we still can’t ascertain which of these molecules are most important to its overall flavor, be it nutty, chocolatey, or fruity.

As a result, chemists have had to develop new ways to study chemistry and aroma perception in tandem. Perception behaves in complex and unpredictable ways — ways that even the most high tech lab equipment cannot decipher. Let’s say you have equal amounts of vanillin, the main aroma compound in vanilla, which is also found in wood-aged Scotch; and rotundone, the main aroma compound in black pepper, which also gives shiraz wines their spicy aroma. It stands to reason that, in equal concentrations, the aromatic intensity of both compounds should be identical, but in fact the rotundone will be approximately 1,000 times more intense-smelling than the vanillin. Clearly, there is more to a flavor profile than just the concentration of its compounds.

While it’s true that the higher the concentration of a given compound, the more you’ll smell it, the intensity of an aroma compound at a given concentration is also heavily influenced by the chemical structure of the compound itself, which determines how it will interact with our olfactory receptors. The only way to properly analyze a smell is to smell it for yourself. Or, more accurately, to have a whole panel of people smell it for themselves, and then compare their perceptions.

One of the best ways to do so uses a technique called gas chromatography-olfactometry, or GC-O, which uses chemical separation (or chromatography) in conjunction with a human “sniffer.” Invented around 1950 to analyze, among other things, the volatiles responsible for aroma, gas chromatography enables analytical chemists to explore how the odor of different samples change as they are broken into their component chemical compounds. In a 1964 paper called “Volatile Esters of Bartlett Pear,” seminal analytical chemist Walt Jennings noted that some of the less volatile, “high-boiling” compounds from pears smelled reminiscent of pear jam, hypothesizing that part of the smell of cooked pears was actually present in their fresh counterparts, all along, but was masked by more volatile compounds until these evaporated during the cooking process. 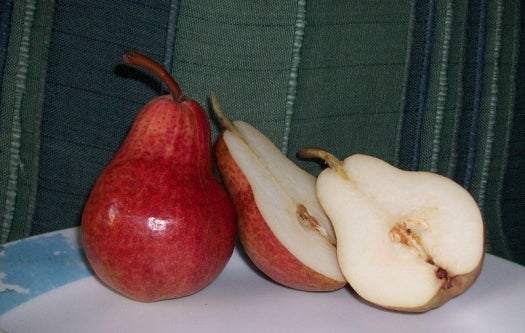 At around the same time, chemists at Colgate-Palmolive began collaborating with professional perfumers, using them as “human sensors” to describe the aromas of compounds isolated using gas chromatography. Drawing on the highly attuned palates of these aroma experts, they were able to pinpoint exactly which compound (in this case, anisaldehyde, a floral-smelling molecule) was responsible for the difference in aroma between two similar samples of pine oil. Without separation by gas chromatography, the perfumers could only smell the whole mixture, and without the perfumers, the chemists couldn’t identify which chemical differences actually impacted smell. The technique proved so useful, and was so easy to use, that over the past 50-plus years it has been used on everything from whiskeys and wines to perfumes to meats and plants.

Why analyze flavors? A palate finely tuned by lots of smelling and tasting gives us a strong basis for understanding flavor, but understanding the underlying chemistry opens up a brand-new toolbox for practitioners of flavor, be they food chemists, chefs, or perfumers. By understanding which molecules are responsible for the aromas we like, we can take better-informed steps to encourage or preserve them. In the food industry, GC-O is used to guide processing to do exactly this, and to enable entirely new scents and flavors. In research, once we’ve pinpointed the compounds responsible for flavor, we can make connections from climate and biochemistry all the way up to eating that help explain what make products with terroir or varietal character — like wines — so special. We can use flavor chemistry to invent new flavor combinations, opening up possibilities via a deeper understanding of how our actions in the kitchen affect flavor on a molecular level.

Because every molecule interacts with our odor receptors differently, and because these interactions vary from person to person, sometimes smells identified by humans in GC-O experiments can go undetected by scientific analysis for years, with the human nose able to pick up minute concentrations well below machine thresholds. Just as different compounds have different intensities at the same concentration, the same compound can actually smell radically different depending on its concentration. Ethyl butyrate, for instance, can smell like green apple or like rotten fruit, depending on how concentrated it is, and the guaiacol that gives a pleasant smoky flavor to Islay scotches will, at higher concentrations in a smoke-tainted wine, have a flavor reminiscent of licking an ashtray. GC-O shows us where to look to explain aroma, and reveals the changing roles of the same compounds at different concentrations in different foods.

GC-O is not yet able to connect every dot between how we perceive an aroma and the chemistry behind it. Mixing aromas yields unpredictable results, with some compounds enhancing the intensity of others (beta-damascenone, a fruity, balsamic-smelling compound found in apples, roses, tobacco, and wine, for instance, is known to do this) and others (like 2,4,6-tricholoranisole, which is responsible for “corked” wine) masking the smell of the compounds they are mixed with. Complicating matters further, taste and the other senses can have a small but significant effect on how aromas are perceived. GC-O can’t tell us everything about an aroma, but it is an essential tool for figuring out how constituent compounds, each at unique concentrations, work together to create the kaleidescope of flavors we perceive every day.

Arielle Johnson loves food and flavor so much she decided to do a PhD on the subject. She is a doctoral candidate at UC Davis. Exactly how complex mixtures of molecules like wine and food get translated into flavor is not well understood by science, and her work focuses on this “black box,” especially in the context of eating and gastronomy. She hopes her work will help illuminate new knowledge and provide tools to chefs in the kitchen. Currently working on a sensory analysis of new Danish vinegars at the Nordic Food Lab houseboat in Copenhagen, an offshoot of Noma, she is also a contributor to the book The Kitchen as Laboratory.__