Headed back to the office? Make sure your building has flushed out its water.

Vacancies can allow microbes and metals to build up in the plumbing. 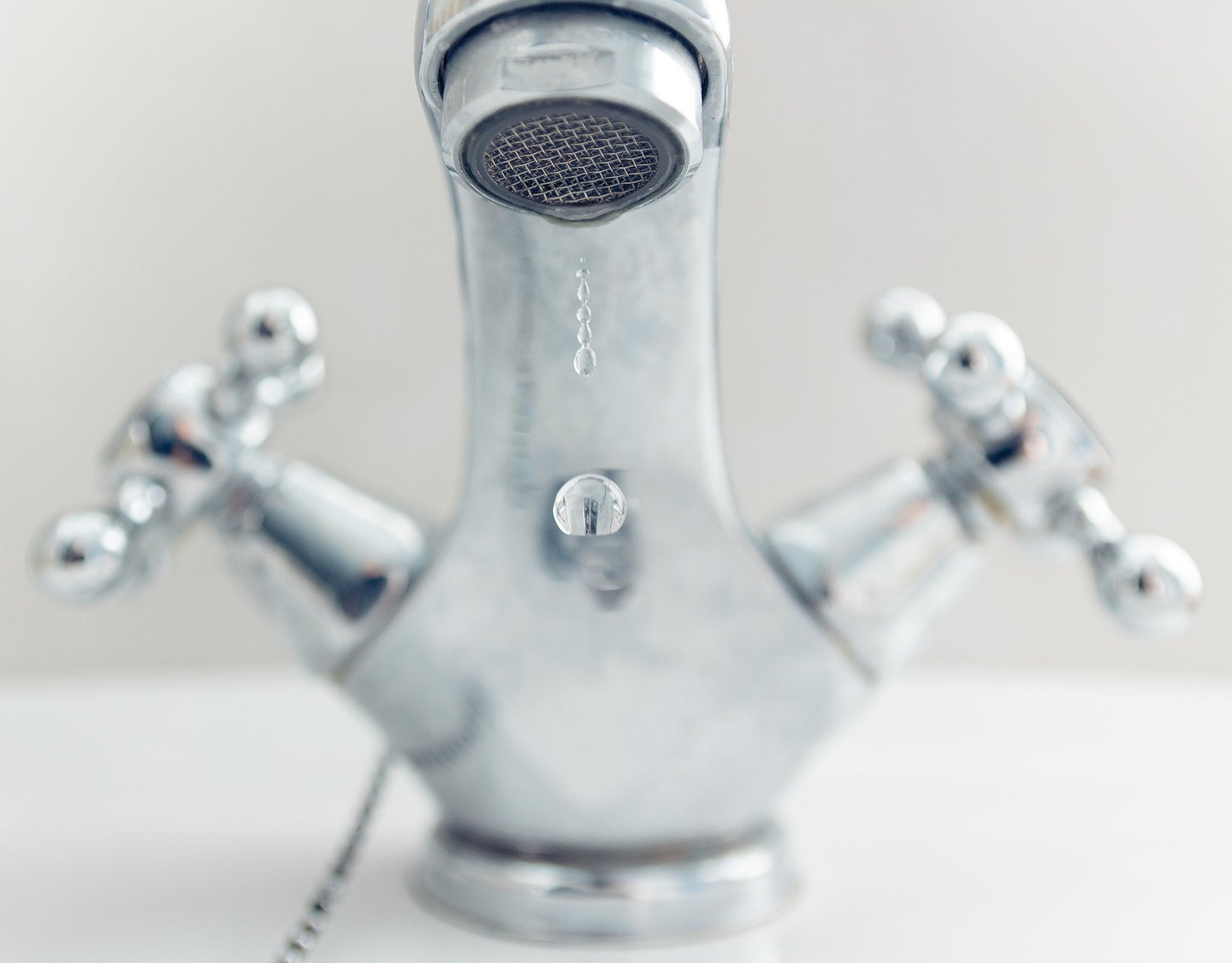 Metals such as copper may accumulate in plumbing that's left unused. Pixabay
SHARE

Suppose you’re returning to a dusty workplace after years of working remotely. It’s a morning at the start of the work week, and you’re groggy. You might be tempted to go for a drink of water from the office faucet or fountain. That might be a mistake: You might have just splashed your face with copper-contaminated water, if it’s sat stagnating for months amid the pandemic.

A new study, published in the journal PLOS Water on March 9, adds to a growing body of research pointing to an unfortunate problem. When a building sits vacant for a long time, metals and microorganisms build up in its plumbing.

Fortunately, scientists and environmental engineers have pinpointed a few easy things building management can do to eliminate possible contamination. There are other more involved steps that might make better buildings in the future, too.

This focus on the water quality of individual buildings is a very recent development. It has, historically, been studied at a larger scale, such as at the city level: lead pipes running under streets, for instance.

But in the last decade, scientists studying water quality have found sources of water contamination within individual large buildings. “Something’s actually accumulating within the plumbing,” says Treavor Boyer, an environmental engineer at Arizona State University who was not involved in the study.

When buildings sit unused for days on end, the water that circulates in them tends to stagnate. The water might corrode the surrounding plumbing, leaching metals such as copper or—worse—lead.

Additionally, water suppliers treat their supply with chemicals like chlorine to prevent infection, in the same way many swimming pools are chlorinated. Over time, that chlorine dissipates, and plumbing can become a watering hole for unwanted microorganisms, such as Legionella, the genus of bacteria that can cause Legionnaires’ disease when inhaled.

[Related: Worsening droughts could increase arsenic exposure for some Americans]

Of course, not all buildings are the same. Different buildings have different sorts of infrastructure. The substances that are used to treat water vary from place to place: Some use chlorine, while others use chloramine. Older buildings, in cities that were built in past decades, might have more lead.

Nor is all contamination equal. High levels of copper in water can hurt your liver and your gastrointestinal systems, but it’s nothing next to the toxicity of lead—as residents of Flint, Michigan, know firsthand.

Microorganisms are another story as well. According to Rain Richard, an environmental engineer formerly at Arizona State University who was not involved in the study, you can drink water that contains Legionella—you just can’t breathe it in. These bacteria are more concerning in places like showers—and green-certified office buildings, which are built to handle commuters who travel via bicycle, must be equipped with at least one shower.

All of these factors mean contamination changes from building to building. Andrew Whelton, an environmental engineer at Purdue University, and his colleagues studied one such green building, a low-rise office in Indiana. Green buildings like this try to conserve water by reducing the amount that flows through it. That slows the water down, which has an unfortunate side effect.

“When water takes a long time to travel through pipes…it creates conditions for biological growth,” says Boyer. “These green buildings create an interesting sort of problem.”

Whelton’s group found that levels of copper and lead had spiked. The building had three risers, which are the main pipes that lift water to different floors; the researchers could trace the worst of the contamination—in which copper levels exceeded US government limits for healthy water—to one of those risers.

That the researchers were able to sample such a building is still an important step. “It’s hard to get access to buildings to sample their water consistently, multiple times in a row,” says Kelsie Cassell, a public health researcher at Yale University who was also not involved in the study.

This research, which resulted in the PLOS Water report, was conducted before COVID-19 sent offices and schools into lockdown. For many office workers, this study’s weekends are drops in the time bucket, compared to the years they might have spent working remotely. And contamination is likely to grow worse in that longer time.

The pandemic has given researchers the chance to examine longer-term effects. Richard and Boyer, for instance, studied the water in Arizona schools that had been shuttered for months. They found similar copper contamination.

Schools were precedents for this issue, even before the pandemic—since they often sit mostly unused for months on end, whenever students go on long holidays, such as summer breaks. Thus, some schools have developed water management plans to ensure that students aren’t splashing their faces with corrosion.

Cassell says that, as buildings reopened, many public health experts feared Legionnaires’ outbreaks would result. Fortunately, no such outbreaks seem to have occurred—at least so far.

But that doesn’t mean gaps in prevention don’t exist. Traditionally, just as water quality was seen as a city-level problem, so was ensuring that the water was safe. Building codes and standards don’t always account for water quality.

Sampling the water for contaminants is an important start. But you can’t only sample at a building’s water meter. Whelton stresses the importance of doing this in multiple places around a building, especially if the plumbing is complex. Water from a building’s opposite sides or different floors might contain wildly different sets of substances and microbes.

“You have all these different directions [water] can go in the plumbing system,” says Cassell. “If you only sample one tap, you might not be capturing [everything].”

If there is contamination, or even if enough time has passed, one quick and easy solution to clean up a plumbing supply is to “flush” it. This involves essentially running the water—keeping the tap on—until the water that’s been sitting around, accumulating heavy metals and growing microorganisms, flows out of the system.

Richard also wants to see architects and engineers rethink how water systems might be able to work, by making them more environmentally friendly. For instance, flush toilets don’t need to use fresh water—they might be able to use greywater, the stuff that goes down the drain of sinks and drinking fountains. (Some places, such as water-deprived Hong Kong, flush toilets using seawater.)

“Long term, it would require re-envisioning the plumbing systems of these large buildings,” says Boyer.