America has a long history of forced sterilization

The alleged hysterectomies at a Georgia ICE camp follow decades of inhumane laws and policies at hospitals and detainment facilities. 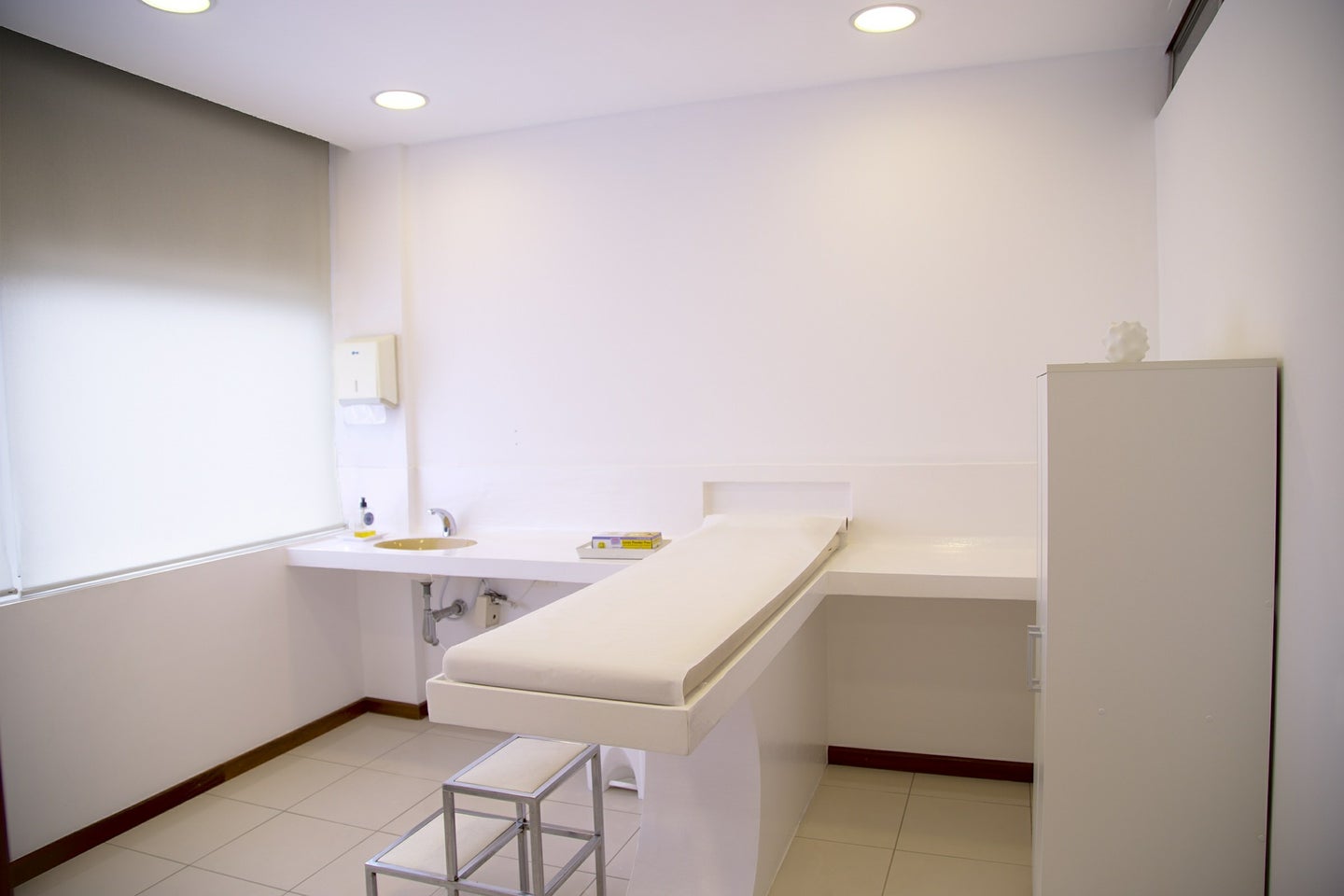 America has a long history of forced sterilization that has targeted people who were poor, disabled, or incarcerated and people of color. Pixabay
SHARE

A nurse who worked at an immigration detention center in Ocilla, Georgia has raised concerns about what she says is a high number of hysterectomies performed on immigrant women. A complaint filed on behalf of the whistleblower, Dawn Wooten, by several advocacy groups on Monday also alleges that medical neglect, unsafe work practices, and a failure to protect employees and detained people from COVID-19 occurred at the Immigration and Customs Enforcement (ICE) facility.

After a hysterectomy, which involves removing the uterus and sometimes ovaries and fallopian tubes, people cannot menstruate or get pregnant. Wooten’s complaint describes women undergoing hysterectomies without fully understanding the procedure, which in some cases may not have been medically necessary.

Congressional Democrats have called for an investigation into the Irwin County Detention Center. “If true, the appalling conditions described in the whistleblower complaint—including allegations of mass hysterectomies being performed on vulnerable immigrant women—are a staggering abuse of human rights,” House Speaker Nancy Pelosi said in a statement on September 15. “This profoundly disturbing situation recalls some of the darkest moments of our nation’s history.”

In fact, America has a long history of forced sterilization that has targeted people who were poor, disabled, or incarcerated and people of color, says Jamille Fields Allsbrook, the director of Women’s Health and Rights at the Center for American Progress. “If these allegations are true, they are alarming but they are not surprising or a one-off,” she says. “For those who might have a hard time…taking a complaint like this seriously because it’s so egregious, we must remember that yes, this does happen in the U.S. and it has happened and it is a perpetual problem.”

During the early 20th Century, people began to believe that science could be used to tackle social ills, says Alison Bateman-House, an assistant professor of medical ethics at the NYU Grossman School of Medicine. “It was a small number of powerful people who were deciding what exactly the social ills were and how exactly they were going to be addressed,” she says. Researchers noticed that problems like poverty, crime, and ill health often showed up in the same communities.

“One of the ideas that of course came out of this is that you would have lots less of these longstanding social problems if you had less people who were reproducing and were creating the social segments in which these things were being clustered,” Bateman-House says. “It was just deemed completely legitimate scientific policy to interfere in people’s lives according to these beliefs.”

As the eugenics movement gained traction, laws began appearing that aimed to prevent people who were deemed hereditarily “unfit” from having children, including through sterilization.

“Many times the people were not told that they were sterilized,” Bateman-House says. “They were given some other excuse as to why they had to have an operation, frequently their families were not informed, and really nobody raised the alarm at the time.”

In 1907, Indiana enacted the first eugenic sterilization law, which “made sterilization mandatory for criminals, idiots, rapists, and imbeciles in state custody”. California’s subsequent 1909 eugenics law stated that anyone committed to a state institution could be sterilized. Ultimately, 32 states passed laws that led to between 60 and 70,000 people being made infertile.

The Virginia Sterilization Act of 1924 provided a model for Nazi Germany’s sterilization program. In 1927 the Supreme Court heard a case challenging the law. Carrie Buck, Virginia resident, had been deemed promiscuous after she was raped by a nephew of her foster family. Buck was sent to the Virginia State Colony for Epileptics and the Feebleminded, where her mother lived; both women were declared “morons.” The Supreme Court upheld the state’s right to sterilize “unfit” people like Buck; the decision has never been overturned.

These programs continued for decades. Civil rights activist Fannie Lou Hamer has spoken about being given a hysterectomy without her knowledge in 1961 while undergoing surgery to remove a uterine tumor. Teaching hospitals performed this procedure on poor Black women frequently enough that it became known as a “Mississippi appendectomy.”

During the 1960s and 1970s, thousands of Native American women underwent forced sterilization by the Indian Health Service. Advocacy by Marie Sanchez, chief tribal judge on the Northern Cheyenne Reservation, and other women of color led to federal regulations that provided some protection from forced sterilization.

Between the 1930s and 1970s, an estimated one-third of Puerto Rican women were sterilized, frequently without being fully informed about the procedure. In Los Angeles, Mexican immigrant women filed a 1975 civil rights lawsuit claiming that doctors were compelling Spanish-speaking mothers during labor into agreeing to tubal ligation; the case led to the California State Legislature repealing the 1909 sterilization law.

These abuses are also part of a much larger pattern of marginalized people’s bodily autonomy being violated. The 19th-Century gynecologist J. Marion Sims developed a technique for treating fistulas—holes between the vagina and bladder or rectum—by experimenting on enslaved women. Another example is the Tuskegee syphilis study in the 20th Century, during which researchers misled and deliberately withheld treatment from hundreds of Black men with syphilis.

Many sterilization laws were repealed by the 1970s, when the field of bioethics emerged and concepts such as informed consent became increasingly important, Bateman-House says. However, attempts to coerce people into not reproducing have continued.

Nearly 40 women inmates underwent tubal ligations without giving proper consent in California between 2005 and 2011. A judge in Tennessee offered reduced jail time in 2017 to men and women who agreed to having birth control implants or vasectomies. Within the past two decades, judges have ordered women not to become pregnant while on probation or until regaining custody of their children.

Today, however, these cases are much more likely to generate pushback, NYU’s Bateman-House says. Activists have also fought for reparations for people who were involuntarily sterilized in North Carolina, Virginia, and California.

“Our window of opportunity to try to give people some closure and compensation is now,” Bateman-House says. “We need to be moving forward in that, and we need to keep an eye out right now for other abuses of people’s reproductive autonomy.”

After Wooten’s complaint regarding the detention center in Georgia was filed with the Department of Homeland Security’s inspector general, the American College of Obstetricians and Gynecologists wrote a letter urging the office to investigate, and detailed its clinical guidance on sterilization. “Our guidance acknowledges the history in the United States, including the recent past, of the unethical practice of coerced or forced sterilization procedures performed on individuals without their consent,” wrote the organization’s CEO, Maureen G. Phipps.

Understanding and being aware of past cases where people have faced forced or coerced sterilization is vital if we are to prevent them from happening again. “We should look at our policies with an eye toward history,” Allsbrook says.

The only reason we know about these abuses are because whistleblowers and people who underwent these procedures have stepped forward, she added.

“What’s concerning to me…is, how many people does this happen to in other detention centers, in other prisons, in other communities and reservations, who don’t speak up because for whatever reason they don’t feel like they can?”