Analysis of the incredibly rare gem suggests a soggy environment in the Earth's lower mantle. 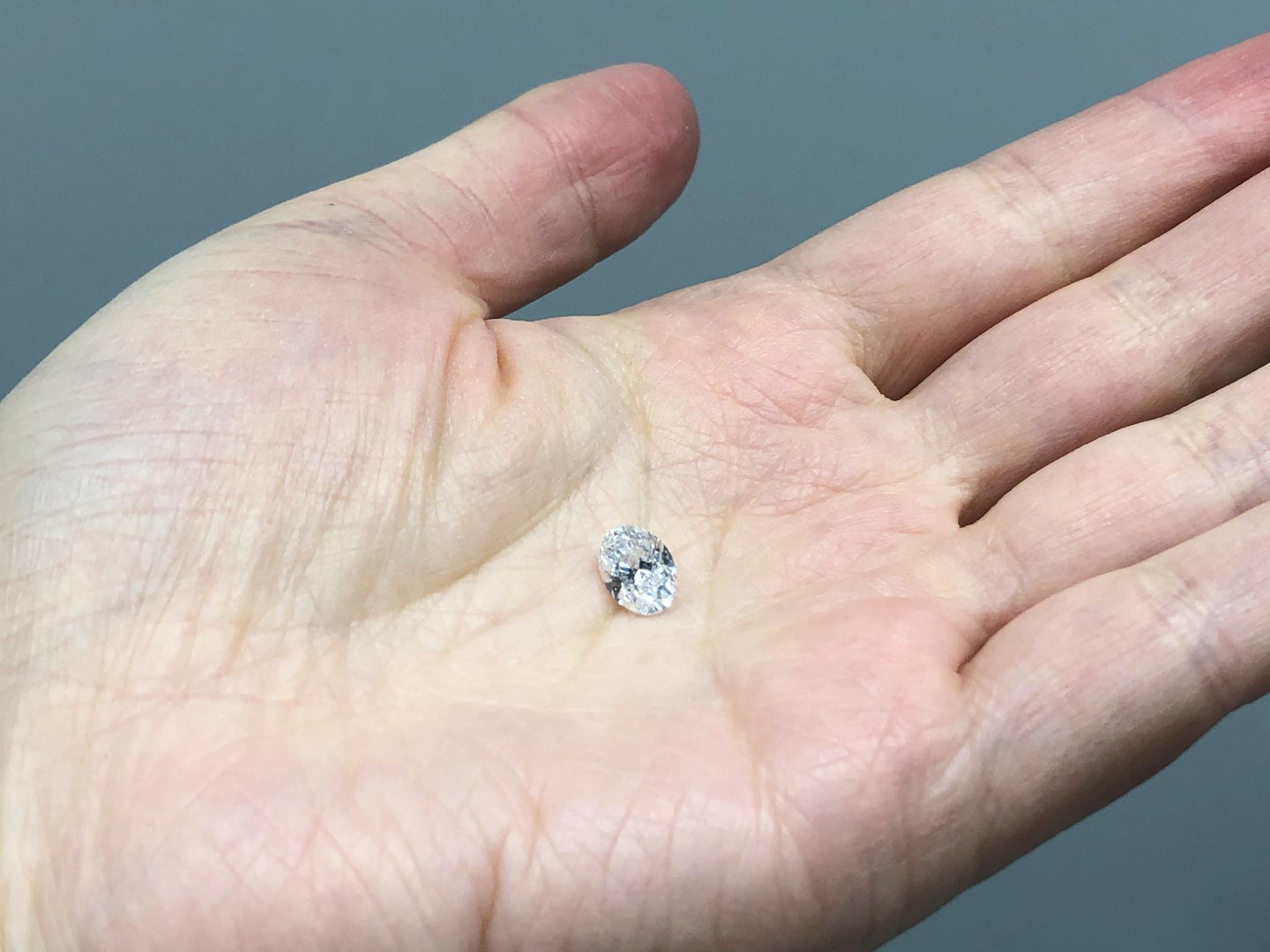 Earth simply wouldn’t be the home planet we know and love without water—after all, 70 percent of our planet’s surface is covered with the life-supporting liquid. While water at the surface is significantly easier to see and study, there is a more mysterious called the deep water cycle happening below our feet. Also called the geologic water cycle, this process describes the exchange of water between the Earth’s surface layer and the second layer called the mantle. What’s even more wild is that hydrated minerals can transport ocean water deep inside the earth before being released to the surface by a volcanic eruption or other seismic activity.

The deep water cycle has been difficult for scientists to fully understand, particularly because the deepest known borehole (a narrow human-made hole used to look for oil or water) can only reach just over 7 and a half miles deep. However, a new study published yesterday in the journal Nature Geoscience, suggests that a a watery environment exists in the Earth’s lower mantle further down than they previously believed.

The team looked to the transition zone (TZ), which is about 254 to 410 miles below the Earth in the boundary that separates the upper mantle and the lower mantle. This zone holds immense pressure—enough to cause the mineral olivine (also called peridot) to change its crystalline structure. Olivine makes up about 70 percent of the Earth’s upper mantle, so this kind of change is a big deal for both the mineral and the mantle’s chemical structure.

“These mineral transformations greatly hinder the movements of rock in the mantle,” study author and professor Frank Brenker from the Institute for Geosciences at Goethe University in Frankfurt said in a media release. Brenker pointed out that rising columns of hot rock from the deep mantle (called mantle plumes) sometimes stop right below the TZ.

“Subducting plates often have difficulty in breaking through the entire transition zone. So there is a whole graveyard of such plates in this zone underneath Europe,” said Brenker.

To look for evidence of water, the team analyzed a very rare diamond mined from 410 miles below the surface of the Earth. The gem-quality diamond was found at the Karowe mine in Botswana.

Study co-author Tingting Gu tells Popular Science that while working as a research fellow at Gemological Institute of America (GIA), the team was curious about the origin of this diamond and its aggregated nitrogen defects. “We were curious about their origin.”

[Related: Geologists think there could be a quadrillion tons of diamonds inside our planet.]

Within the diamond, the team found inclusions surrounding it. These are tiny bits of other minerals that can hold more water, like ringwoodite. Ringwoodite is commonly found in the TZ. Surrounding this surprise ringwoodite were forms of minerals typically found in the lower mantle, instead of the ones found in the TZ. Ringwoodite can contain much more water than the minerals that believed to dominate the lower mantle, such as bridgmanite and ferropericlase, according to the authors. The diamond’s encasing kept the minerals’ properties in tact, and the researchers were able to decipher that the diamond existed near the outer boundary of the TZ.

The findings suggest that water may exist deeper into the Earth than scientists previously believed, which could further our understanding of plate tectonics and the mysterious deep water cycle. The team used “nondestructive” forms of analysis on the incredibly rare type Iab diamonds (diamonds with nitrogen up to 500 ppm and exist in nature only 0.1 percent of the time), including non-invasive lasers that can reveal physical properties and x-ray diffraction which examined the shiny rock’s internal structure without needing to splice it open.

As early as 2014, hydrous ringwoodite was first detected in a diamond from the TZ. Brenker was also involved in that study, but it wasn’t possible for the team to determine the precise chemical composition of the stone due to the small sample size. It remained unclear if this one tiny mineral fragment was a good representation of the lower mantles geologic make up, since the water content of that diamond could also have resulted from an “exotic chemical environment.” The larger diamond from Botswana used in this study was large enough to allow scientists to determine its precise chemical composition to be determined, and confirmed the preliminary results.