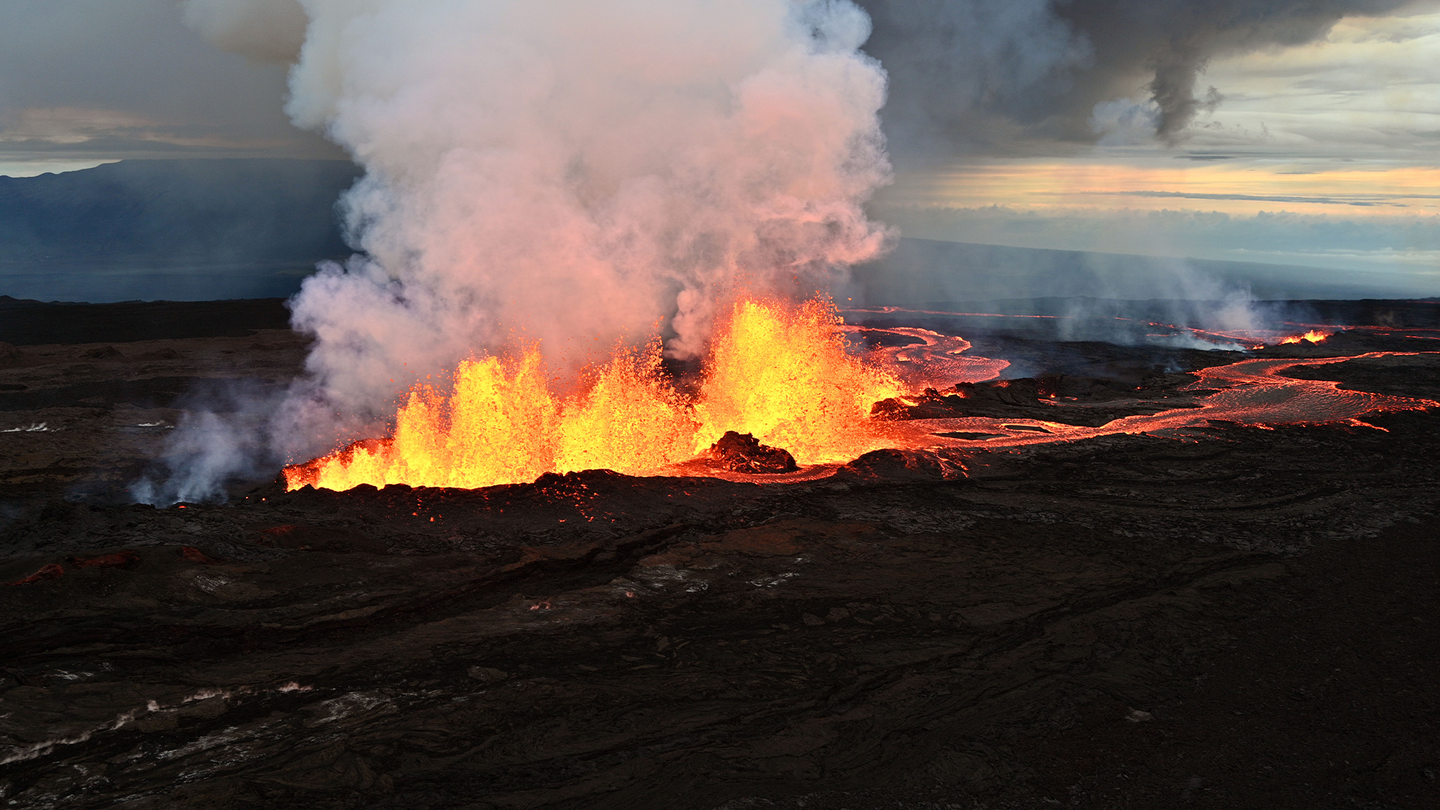 While the recent eruption of the Mauna Loa volcano in Hawaii officially stopped on December 15, scientists are still collecting crucial data to better understand the world’s largest active volcano. The eruption was the first since 1984, and the lava flows extended about 12 miles from the vents in a north-northeast direction before the eruption ended, according to the United States Geological Survey (USGS).

One important tool to protect residents who may be in harm’s way is by forecasting these lava flows, or the streams of boiling hot molten rock from within the Earth that are expelled from a volcano’s vent. Slow-moving lava averages 2,200 degrees Fahrenheit and destroys everything in its path with its intense heat.

A team from the University of South Florida (USF) on the ground in Hawaii is collecting data to create models that can help improve lava flow forecasting tools. Newer developments can hopefully gauge where the worst impacts of the lava will be so that people can safely get out of its way.

One tool in this work is called MOdular LAva Simulation Software for the Earth Sciences, or MOLASSES. It’s a simulation engine that forecasts the inundation areas of lava flow and was created by USF geosciences professor Chuck Connor. An essential part of understanding volcano topography to improve models of lava flows is using radar to gather data.

“We want to make hazard maps that help people understand where they live and what the risks are,” said Connor, in a statement. “We can’t stop a volcano from erupting, but we can give people warning about the lava flow.”

Shortly after Mauna Loa began to erupt in late November, USF geosciences professor Tim Dixon sent graduate students Taha Chorsi and Mahsa Afra, to Hawaii with an instrument called Terrestrial Radar Interferometer. This is a ground-based instrument that can measure both where the landscape is changing and how quickly those changes are happening.

With this radar, the team was able to capture how Mauna Loa’s lava flows were thickening. The interferometer was able to measure the lava’s surface and then make a 3D map of the area within a few minutes, a real novelty in the field according to the team.

“A lot of volcano science happens in hostile terrains,” said Lis Gallant, a National Science Foundation post-doctoral research fellow at the USGS Hawaiian Volcano Observatory, in a statement. “This radar is a particularly powerful instrument because it can see through moisture, and now, we can definitely say it would be well-suited in areas where visibility is poor and to immediately help hazard response.”

The team will now take several months to review this data in an effort to determine both where Mauna Loa’s lava flow was moving and the velocities of those movements. Data like this can be used to better understand how lava flows travel which can improve forecasting tools.

Radar can be used to monitor other Earth movements in glaciers, earthquakes, and landslides and the Terrestrial Radar Interferometer is a helpful tool in gathering this data.

“This instrument is not widely available, but fortunately USF has one,” said USF grad student Taha Chorsi, in a statement. “I am very thankful that USF and Tim gave me this opportunity.”