The annual celebration of the year's silliest science starts at 5:40 p.m. 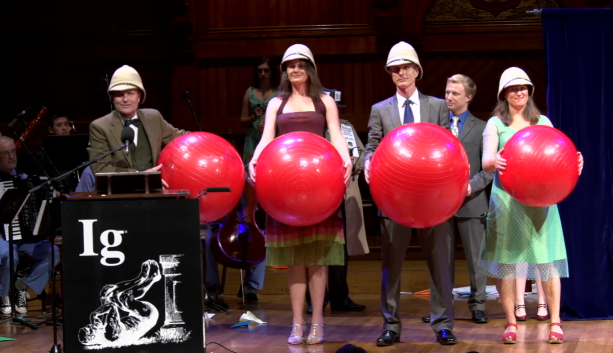 Could it be? The most magical time of the year is already upon us? It’s true: the annual Ig Nobel Prizes, the most important of the annual awards ceremonies that end in the words Nobel Prizes, will begin streaming here tonight. Ceremony starts at 6 p.m., with a pre-show concert at 5:40 p.m. Grab some popcorn.

What to expect: Oh, jeez, who knows. The prizes are a series of awards given out to the strangest, funniest science published in the year. Previous winners include work done on whale snot, beetle/beer bottle fornication, and “Walking With Coffee: Why Does It Spill?”

The nominees aren’t announced in advance, so we don’t even know who to root for. Everyone, most likely.