Private Company To Put A Telescope On The Moon 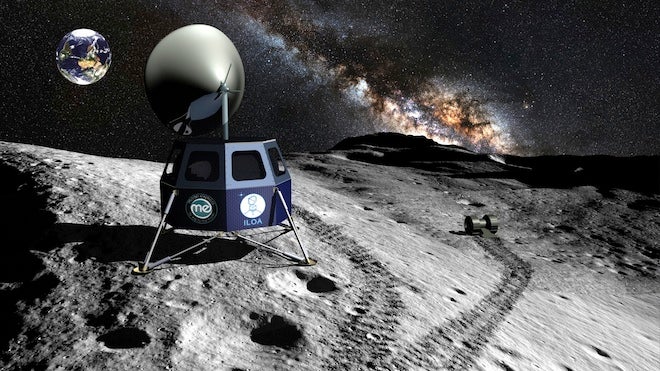 Private space exploration is coming to the Moon, and soon. The world’s first mission to the Moon’s sunny South Pole will put a private telescope on a the lunar peak Malapert Mountain as early as 2015.

ILOA plans to start small, establishing a scientific presence on the Moon, and eventually move on to human exploration and settlement. A preliminary mission with a smaller telescope will launch in 2015.

The full observatory, slated to arrive in 2016, would provide “scientific research, commercial broadcasting and [enable] Galaxy 21st Century education and “citizen science” on the Moon,” according to a press statement from the two organizations. Its access and controls will be available via the Internet to the general public, as well as researchers.

Moon Express will also send a small rover to prospect for resources, including metals, minerals and water, that could be extracted from the lunar surface and one day sold on Earth.

Though the timeframe for getting the observatory to the Moon has been described as a bit ambitious–even by the Moon Express CEO Bob Richards, according to _Wired_–Moon Express is in the running for Google’s Lunar XPRIZE to land a robot on the lunar surface by 2015.