Will Drilling Into a Volcano Trigger an Eruption That Destroys Naples?

Scientific research has helped humankind avoid or mitigate many of nature’s best attempts to send us to a violent end,... 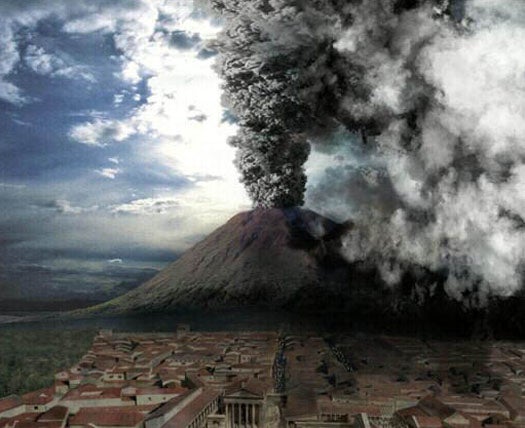 Geologist will drill seven boreholes in the caldera at Campi Flegrie in around Naples, Italy, in an attempt to better predict volcanic disasters like the one that destroyed Pompeii in A.D. 79. Critics say the drilling could trigger that very volcanic disaster. Wiki Commons
SHARE

Scientific research has helped humankind avoid or mitigate many of nature’s best attempts to send us to a violent end, but what do researchers do when the pursuit of research could trigger the very disaster from which science is trying to protect us? That’s the question facing geologists in Naples, Italy that will begin sinking seven four-kilometer bore holes into the Campi Flegrei caldera, the site of a “supercolossal” volcanic eruption 39,000 years ago.

Those doing the drilling hope to learn more about the geological activity beneath the giant collapsed crater so they might better predict future volcanic disasters. Critics say the drilling could precipitate that very cataclysmic eruption the researchers are trying to avoid.

Previous studies show that Campi Flegrei is one of Earth’s most volcanically high-risk places; just 4,000 years ago series of violent eruptions cut the landscape into what it is today. Prior to those eruptions the Earth’s crust rose by several meters across the entire caldera. The crust has been rising again since the 1960s, causing concern among scientists that it might be ready to blow its top once again. An eruption now would be devastating: In a New Orleans-esque display of engineering foresight, the majority of the metropolitan area of Naples is situated within the caldera.

Predicting the next big eruption from Campi Flegrei, then, is of utmost importance not only from a scientific standpoint, but to avoid the kind of disaster that befell nearby Pompeii two millennia ago. The boreholes could reveal exactly where magma might surface and collect prior to eruptions, as well as reveal locations of fracture zones and pockets of magma underneath the caldera. Rock samples could also be collected and tested to help researchers model ground deformation in the area.

But drilling so deep into the earth is fraught with risks, critics say, not least of which could be eruptions of varying magnitudes triggered by the drilling. Explosions caused by super-hot magma flooding into the borehole and vaporizing the drilling fluid are common in such projects. The Iceland Deep Drilling Project, a geothermal energy play, was recently halted 2,014 meters down for exactly that reason. The difference, critics say, is that an explosion is worst case scenario for most drilling projects like the IDDP; hitting a main vein of pressurized silica-rich magma in Campi Flegrei could theoretically cause a complete disaster, sending the volcano into full eruption (and Naples to its demise).

The boreholes at Campi Flegrei won’t likely hit magma, researchers say, as the holes will reach only half as deep as any known reservoir, and even if it does, the result will not necessarily be a disaster. It could, rather, provide researchers with important new information about the inner-workings of volcanoes in general, and Campi Flegrei in particular. Meanwhile, Naples will simply have to hold its breath.