Who Or What Left This 60,000-Ton Ancient Artifact Under The Sea?

Shall we take bets on how the ancient-alien conspiracy theorists will spin this one? 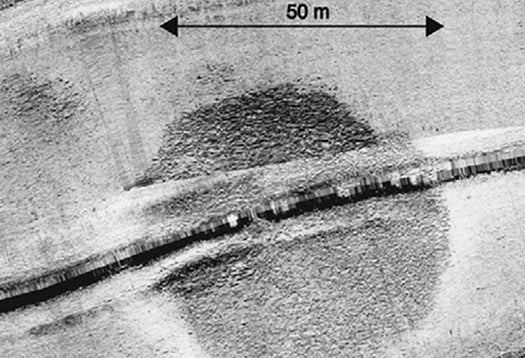 Put on your tin-foil hats and special anti-Illuminati underwear. A recently discovered mysterious ancient rock structure under the Sea of Galilee, possibly built in the same era as Stonehenge, has archaeologists stumped. To a certain slice of the population, any unexplained man-made rock pile is clearly evidence of an extraterrestrial visit.

Before we get too carried away, let’s look at the actual data. The researchers, from Ben-Gurion University, Tel Aviv University, University of Haifa and Israel Oceanographic and Limnological Research, all in Israel, describe the cairn as a cone of unhewn basalt rocks, measuring approximately 70 meters in diameter and 10 meters tall. The site itself rests near a now-defunct ancient outlet of the Jordan River, an area that has had economic importance in the area since the Bronze Age. Due to various contextual details, the researchers suspect that the cairn was constructed sometime between the 4th and 3rd centuries BCE. Their findings were published in a recent issue of the International Journal of Nautical Archaeology. 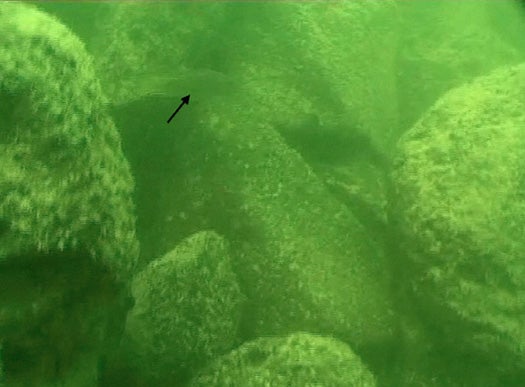 Images from a scuba expedition to the underwater cairn revealed unhewn basalt boulders made up the structure. The divers also saw Tilapia fish (arrow) swimming among the rocks.

The paper is relatively thin on details. To date, the only data the researchers have are their side-scan sonar images and new photographs from a dive team. No excavations have yet been undertaken, and thus the purpose, age and even how the thing was built are all currently up for debate. The researchers aren’t even sure if the cairn was assembled on dry land, during a period of low water levels in the lake, or if it was purposefully build underwater. Nearby sites have yielded huts and hearths, indicating that at some point in the past, that whole area was above-water and inhabited. Other research points to earthquake-related subsidence of the land surrounding the Sea of Galilee, so it is quite possible that all of these archaeological sites in the area were built along the lakeshore, then submerged after an earthquake shifted the land.

These days, the cairn sits about 30 feet underwater, surrounded by schools of tilapia fish. Which brings us to the researcher’s theory that this cairn is supposed to be an ancient fishery, a structure that attracts fish, making it easier to catch them and support a large settlement along the shore. Smaller fisheries have been found in the Sea of Galilee, so this theory isn’t as far-fetched as one might think. But until the researchers excavate the cairn and determine if it was meant to be underwater, the purpose of the cairn remains pure conjecture.