A new study is a first step toward a objective way to measure physical pain. 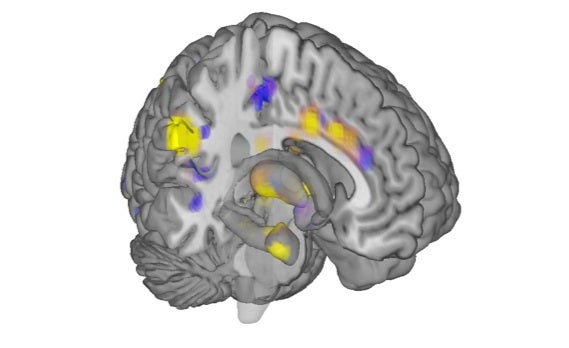 Pain may be personal, but when it comes to a painful burn, people’s brains seem to react the same way.

A team of researchers administered painful doses of heat to human subjects’ forearms, in a range of temperatures from 111.7°F (44.3°C) to 120.7°F (49.3°C). Then, using brain scans, the team accurately evaluated the amount of pain the people felt, distinguishing between painful temperatures just one degree Celsius apart. Further research along these lines could lead to an objective measure of physical pain, though that’s still a long ways away.

The immediate next step is to see if other types of pain, say from too much pressure, also create measurable, uniform responses the way heat does. And figuring out chronic pain, which is often associated with disease, will be another beast to tackle.

This study was one of a few recent studies that have tried to quantify people’s pain by examining functional magnetic resonance imaging, or fMRI, scans, Tor Wager, the study’s lead scientist and a researcher at the University of Colorado in Boulder, tells Popular Science. And, he says, it’s the first to achieve this level of accuracy.

Right now, if a doctor wants to measure or record someone’s pain, she’ll generally just ask her patient about it, or ask her patient to rate his pain from 1 to 10. That will always be a very important part of diagnosis, Wager says, but having a less subjective measure could nevertheless help. Some people, such as very young, very old or certain disabled people, can’t communicate well. Others may underreport their pain—or are less likely to be believed.

“Providing objective measures can help people from being undertreated,” Wager says. He pointed to previous research that showed women and minorities receive less pain medication for reporting the same levels of pain than white men do, perhaps because doctors consciously or subconsciously do not believe their pain reports.

For this study, Wager and researchers from several U.S. universities analyzed brain scans from 114 people in a series of experiments. They compared the “heat pain” scans to scans of people anticipating, but not yet experiencing pain; people remembering pain; and people experiencing social pain, triggered by looking at a picture of a recent ex. (Previous studies have shown social pain involves many of the same regions in the brain as physical pain. “There’s nothing that looks more like physical pain than social pain,” Wager says.) Lastly, the researchers checked what happened when they gave people a pain reliever similar to morphine.

By feeding all of these scans into a computer program, Wager and his team discovered a pattern in the brain scans, common to the participants, that showed up only for painful heat. Using this pain signature, they were then able to evaluate people’s pain in response to particular levels of heat with 90 to 100 percent accuracy, Wager says.

Wager has plenty of new studies ongoing or planned. He’s looking for brain scan signatures that might correlate with pain from pressure, shocks, cold and a variety of other unpleasant stuff. He wants to see how mental attitudes, distraction and other interventions affect pain brain scans. And he’ll look for patterns correlating to emotions such as sadness, pleasure and anger.

He and his colleagues published their heat pain work today in the New England Journal of Medicine.