Can We Humans Build Cities That Don’t Freak Us Out?

New research tries to measure the impact of streetscapes on our mental health. 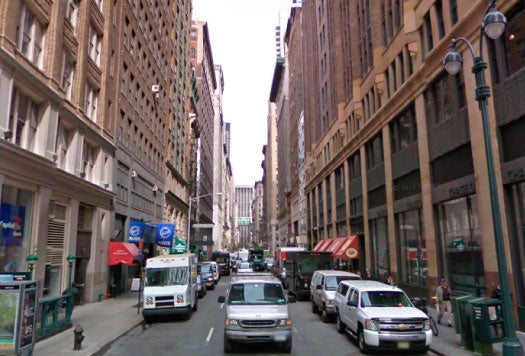 If you condensed all 200,000 years of humanity’s existence into a one hour-long video and then played it back, you would have to wait 58 minutes for people to build their first city-like habitat–a honeycomb-like mud-brick town of 5,000 in present-day Turkey.

Half a minute later, you’d see another city, in Iraq, surge to 50,000 people, and 45 seconds after that, Egypt’s Alexandria would swell by another factor of ten, to 500,000. With just two seconds to go in the movie, London’s population would skyrocket to 5 million–another order of magnitude–just as all the rest of the developed world began to erupt in a frenzy of urbanization. During the last half of the last second, the developing world would follow.

Today, for the first time in human history, more than half the world’s population makes its home in an urban environment, compared to just 13% in 1900. That trend is expected to continue, with some 70% of humans residing in cities by 2050.

Arguably, if we’re going to make a radical, sudden change in something as significant as our native habitat, it’s worth thinking a bit about what we want our new/future digs to be like. To that end, researchers in Iceland recently conducted a study to find out how different kinds of streetscapes–tall vs. short, monotonous vs. varied–affect people’s state of mind.

Participants were asked to imagine that they were walking down the street, mentally exhausted after work. They then rated each streetscape in terms of its restorative potential, how much they liked it, its “fascination” (how much it offers the chance to explore and discover), and its ability to give a break from routine (what the researchers called “being away”).

The study participants rated dozens of streetscape images. The three below show the images ranked as least (left), average (middle), and most (right) restorative:

Greater architectural variation in the street scene and lower building height both contributed to the perception that the environment was restorative – allowing the participants to “rest and recover their abilities to focus”. Greater architectural variety also tended to go hand in hand with a greater sense of fascination and with “being away” (although not with preference), factors which explained the link with perceived restorative power. In contrast, higher buildings were associated with a diminished sense of “being away” and were judged less restorative.

On the one hand, there’s nothing very surprising about the idea that it’s hard to relax and rejuvenate at the bottom of a concrete canyon. From that angle, the study’s results seem to indicate that humanity will be fighting an uphill battle for its sanity for decades, or centuries, to come. But I think this study also shows us the other side of the coin: for the first time in our species’ existence, we are free to shape our physical landscape any way we want. With a bit of thought and planning, it seems we ought to come up with something good.