How To Crowdsource Astronomy Without People Messing It Up

Maybe it’s because Jurassic Park is in theaters again, but we at Universe Today sometimes worry about how one person... 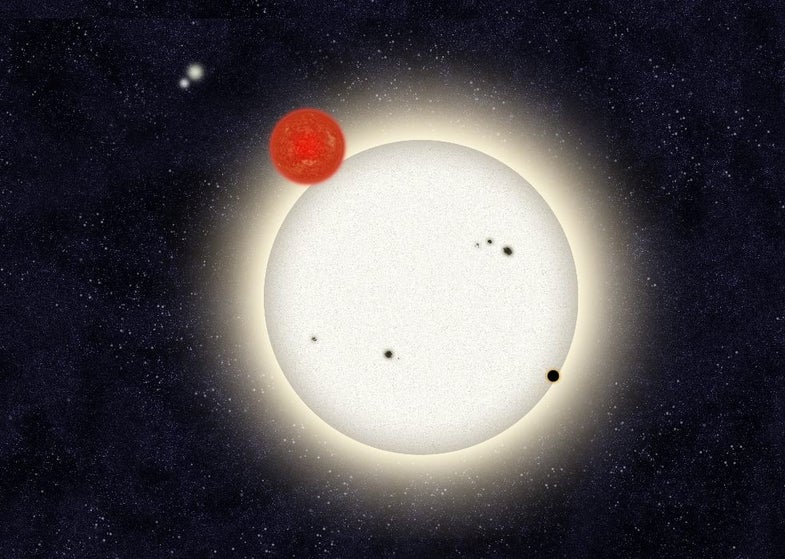 Maybe it’s because Jurassic Park is in theaters again, but we at Universe Today sometimes worry about how one person can mess up an otherwise technologically amazing system. It took just one nefarious employee to shut down the dinosaur park’s security fences in the movie and cause havoc. How do we ensure science can fight against that, especially when everyday citizens are getting more and more involved in the scientific process?

But perhaps, after talking to Chris Lintott, that view is too suspicious. Lintott is in charge of a collaborative astronomy and science project called the Zooniverse that uses public contributions to fuel some of the science he performs. Basically, anyone with an Internet connection and a desire to contribute can hunt for planets or examine astronomical objects, among many other projects.

Lintott, an astrophysicist at the University of Oxford, says the science requires public contributions. Moreover, he hasn’t had a problem yet despite 800,000 individual contributors to the Zooniverse. He told Universe Today about how that’s possible in an e-mail interview.

1) Zooniverse has already produced tangible scientific results in space through collaborating with ordinary folks. Can you talk about some of the papers/findings that have been produced in your various projects?

There’s a long, long list. I’m particularly excited at the minute about our work on bulgeless galaxies; most spiral galaxies have a bulge full of old stars at their centre, but we’ve found plenty that don’t. That’s exciting because we think that means that they’re guaranteed not to have had a big merger in the last 10 billion years or so, and that means we can use them to figure out just what effect mergers have on galaxies. You’ll be hearing more about them in the next year or so as we have plenty of observing time lined up.

I’m also a big fan of Planet Hunters 1b, our first confirmed planet discovery – it’s a planet in a four-star system, and thus provides a nice challenge to our understanding of how planets form. We’ve found lots of planet candidates (systems where we’re more than 90% sure there’s a planet there) but it’s nice to get one confirmed and especially nice for it to be such an interesting world. 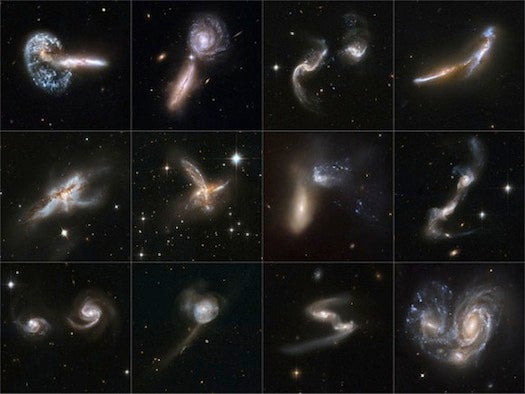 One of Zooniverse’s projects examines the nature of spiral galaxies, particularly those without central bulges at the center.

2) What benefits have you received from involving the public in space projects, in terms of results as well as raising awareness?

We couldn’t do our research any other way. Astronomers have got very good in the last few decades at collecting information about the universe, but we’re not always so good at learning how to use all of that information. The Zooniverse allows us to collaborate with hundreds of thousands of people so that we can scale our efforts to deal with that flood of data, and many of those volunteers go much further than just clicking on buttons we provide. So really our research is now driven in collaboration with thousands of people, spread all around the world – that’s an inspiring thought.

3) How many people do you manage in your space projects, approximately? How do you keep track of them all?

We have more than 800,000 registered volunteers – luckily, the computer keeps track of them (when they log in!).

4) How do you ensure their results meet the standards of scientific publication?

We carefully design projects so that we’re sure they will produce scientifically useful results before they’re launched; this usually means running a test with a small amount of data and comparing work done by volunteers with that of professionals. We usually find the volunteers are better than us! It helps that we have several people complete each task, so collectively we don’t make accidental mistakes.

5) How do you guard against somebody deliberately or accidentally altering the results?

The system insists that every classification is independent, and as we have several people look at each classification finding any deliberate attack would be easy – in any case, we’ve never seen any evidence of such a thing. Despite popular reports, most people are nice!