How Kids (And Other Amateurs) Are Improving Science

A new report takes an in-depth dive into citizen science. Enlisting non-scientists, the researchers say, could revolutionize how we collect data. 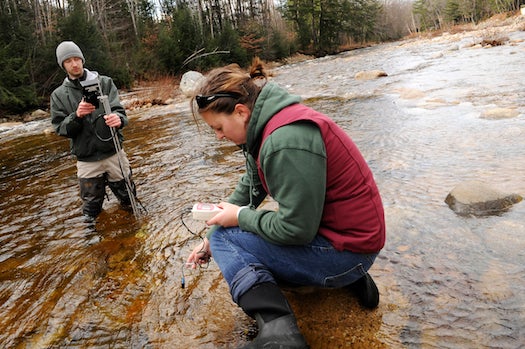 Scientists often spread themselves too thin trying to gather and monitor vast amounts of data, so why not outsource some of that work to non-scientists? It’s only getting easier to collaborate with citizen scientists. Volunteers can enlist through social media, gather field data through a smartphone app, then put all of that into an organized web database fresh for the analyzing.

A review commissioned by the UK Environmental Observation Framework (UK-EOF) highlights some of the work that citizen scientists have done. A team looked at 234 projects and determined that pro bono volunteers offered a cost-effective way of collecting data whether they were nature fans or kids. The researchers also found that volunteer contributions could have immediate effects outside academia: With more data than usual collected from a small army of volunteer researchers, the environment can be monitored like never before, and that mountain of data can help better inform environmental policy. (Researchers simultaneously published a handy explainer on the whole process.)

Citizen science projects aren’t being used as frequently as they could be, the researchers write. But that could change as amateurs sign up to help with everything from the online game EteRNA, which lets people mess with bits of digital RNA so researchers behind the curtain can understand it better, to orchestrated data-hunting expeditions in the wilderness. Citizen science, the researchers say, has the potential to completely change one of the most fundamental aspects of science: how we collect data.