Humans Can’t Be Empathetic And Logical At The Same Time

Brain scans find that the two modes are mutually exclusive. 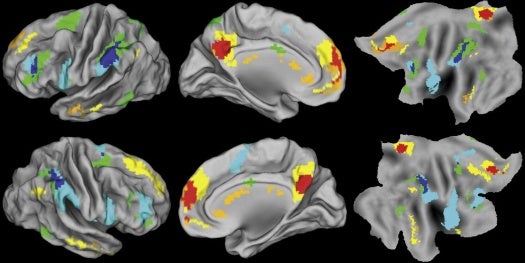 Logic and emotion tend to be considered as polar opposites. Think about the analytic CEO—his actions make sense in the science of profit, but when it means using cheap human labor or firing a couple hundred employees, there’s an apparent lack of concern for the human consequences of his actions. Many choices are a struggle to compromise the two systems–and that may have to do with how our brains are wired.

A new study published in NeuroImage found that separate neural pathways are used alternately for empathetic and analytic problem solving. The study compares it to a see-saw. When you’re busy empathizing, the neural network for analysis is repressed, and this switches according to the task at hand.

Anthony Jack, an assistant professor in cognitive science at Case Western Reserve University and lead author of the study, relates the idea to an optical illusion. You can see a duck or a rabbit in the image, but not both at the same time. This limitation to what you can see is called perceptual rivalry. Jack’s new study takes this concept beyond visual perception, and investigates how the brain processes situations. It found separate neural networks for social/emotional processing and for logical analysis.

The study took magnetic resonance images of 45 college students as they were presented with problems involving social issues or physics. The MRIs showed that separate regions of the brain activated and deactivated according to the type of problem.

Finding a balance between the use of the two neural pathways could give insight into treatment for neuropsychiatric disorders such as depression and schizophrenia, according to Jack.