A Dutch project that launched in 2005 has finally borne fruit: cells from a delicious pig have been cultured in... 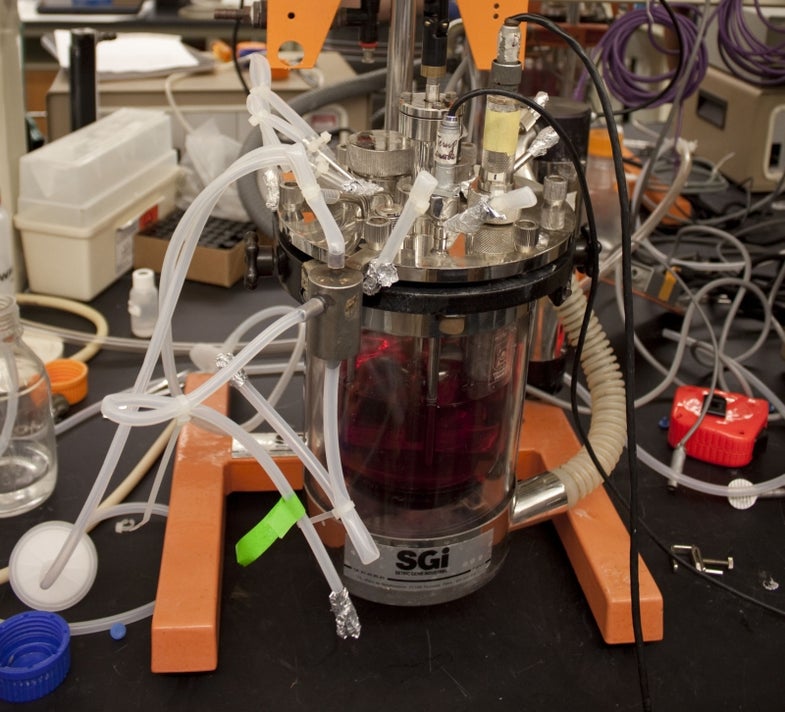 A Dutch project that launched in 2005 has finally borne fruit: cells from a delicious pig have been cultured in the laboratory to grow the first successful filet of in vitro pork, The Times reports.

The prospect of vat-grown meat has been the stuff of science fiction for quite a while, and the subject of serious study for over a decade. A number of groups, including odd bedfellows NASA and PETA, see it as the answer to feeding a hungry world, without all the unpleasant externalities of large-scale meat production. And many vegetarians say they would not have an ethical dilemma eating meat if no animal was killed to produce it.

The team at Holland’s Eindhoven University extracted muscle cells from a living pig and incubated them in an appetizing nutrient broth “derived from the blood products of animal foetuses,” according to The Times. Future lab meat will be grown in a synthetic medium instead.

An actual lab-grown pork chop is still a ways away, though. Meat suitable for the plate has to be more than a simple petri-dish-grown wad of muscle tissue. Without blood flow, bones, connective tissue, and a modest amount of exercise, the flavor and texture of the muscle will be far from palatable. The culture achieved by the Dutch scientists is reportedly a “soggy form of pork” that its creators have not yet ventured to taste.

For now, though, before the technology for a beautiful synthetic steak has been perfected, lab-grown meat may still be suitable for feeding to other animals, where its impact on environmental and economic issues would still be beneficial. At present, for instance, 25 percent of the world’s fish catch is fed back to farmed fish each year, a ratio that’s hugely detrimental to the sustainability of the seafood industry.

The lab-grown meat might be edible as a component of sausage as well; and indeed one of the primary funding sources of the Dutch study is Stegeman, a sausage manufacturer owned by Sara Lee.