Creator of Breathable Caffeine Wants You to Drink Your Drink, Then Eat the Bottle

Dr. David Edwards, of Harvard University’s Wyss Institute, is the man behind the controversial (as in, the FDA plans to... 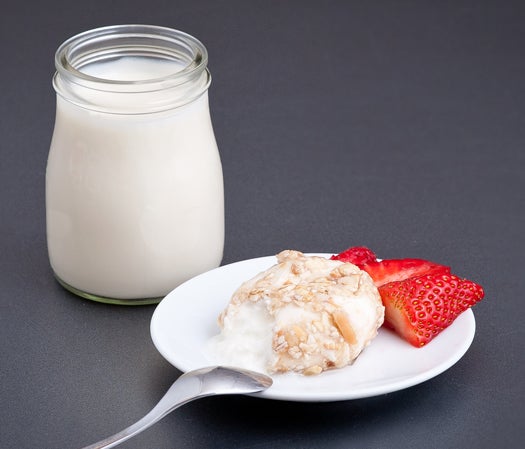 Dr. David Edwards, of Harvard University’s Wyss Institute, is the man behind the controversial (as in, the FDA plans to investigate its safety) breathable caffeine and other vitamins, has been working on a new futuristic food item: edible containers. They’ve already created tomato containers with gazpacho inside, among other treats.

The project is called WikiCells, and it’s a particular kind of biodegradable plastic combined with food particles, sort of like an eggshell. The shell itself can be flavored, and can contain any sort of liquid, foam, or solid product, so you can either peel the shell off or eat it whole. So far they’ve made orange-flavored packaging with orange juice inside, the aforementioned gazpacho, and wine with a grape-flavored shell.

Edwards says the first appearance of WikiCells will be in fancified restaurants (or Nathan Myhrvold’s table), the same kind that might serve liquids encased in a thin skin of themselves by using calcium lactate or various other chemicals. But eventually, Edwards has his eyes set on edible bottles–a possible plastic-free future.

[Harvard via The Daily Mail]