The Science of Gaydar: How Ovulation and Sexy Stories Sharpen Sexual Perception

Madam, your gaydar is beeping 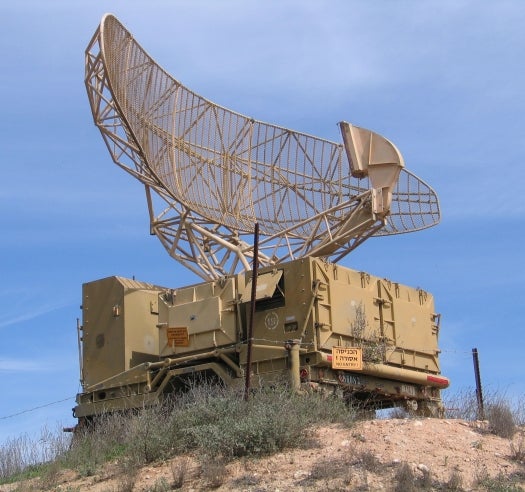 On a scale of 1 to George Michael, I’d put my gaydar at about 7. But evidently my so-so ability to spot a gay man sharpens close to when I’m ovulating, or if I’ve recently imagined myself in a romantic situation, according to a series of studies conducted at the University of Toronto. The results show that straight women are better at judging men’s sexual orientation when they are unconsciously motivated to do so, either by hormonal fluctuations or by the power of suggestion.

Nicholas Rule, a psychologist who studies social perception and cognition, and colleagues ran three sets of experiments to test women’s gaydar. In the first, Rule showed 40 heterosexual women pictures of 80 self-reported gay and straight men on a computer screen. The black-and-white face shots were devoid of adornments, such as jewelry and facial hair, that could throw off the game. After the women guessed whether the subjects were gay or straight, they reported the date of their last period and the typical length of their cycles, from which the researchers extrapolated how close they were to ovulating. The nearer the women were to ovulating, the more accurately they guessed.

“Evolutionarily speaking,” Rule explains, “when women are most fertile they should be more motivated to find the partner that will be most effective at helping them succeed in conceiving a healthy offspring. Naturally, straight men are better-suited to their needs than are gay men, as they are more likely to collaborate on achieving that goal.”

To test whether women simply become more attentive overall near ovulation, the researchers next asked a different group of straight women to guess whether 200 women were gay or straight based on their pictures. This time, no correlation was found between the women’s fertility and their ability to guess the subjects’ sexual orientation. This suggests that, for straight women, gaydar is more finely tuned close to ovulation when it’s relevant – i.e. when a potential mate is on the scene.

Sexy stories also make sexual orientation more relevant. In a third study, straight women who read a “romantic” story before guessing male sexual orientation were more accurate than those who hadn’t read the story, regardless of where they were in their cycles. (Again, no correlation was found when the researchers ran the same study using pictures of women.) Thus, it isn’t just hormones that heighten women’s perception of nonverbal clues, but rather a more general disposition toward mating brought about in different ways, such as thinking romantic thoughts. “These data provide information about how subtleties that we often overlook can meaningfully influence our thoughts and behavior without our even realizing it,” Rule says. (I wonder if a nagging mom counts as subtle.)

Rule says we still don’t know exactly how women sharpen their gaydar. He theorizes that they’re unconsciously allocating more mental resources toward making the judgments. “They may be more vigilant and attentive to cues to who will be a successful partner,” he says. The same may be true for gay men. Previous studies have shown that gay men are better than straight men at judging whether subjects are homosexual or heterosexual, which could be because they are more attentive to differences in sexual orientation or because they have more experience making these judgments.

But just how can a person tell gay from straight by looking at a non-descript black-and-white picture? A study Rule published in 2008 found three key facial features involved in accurately perceiving men’s sexual orientations: hairstyle, the eyes (with or without eyebrows) and the mouth. “Without those, people can’t make the judgments; with any one of them, people can,” he says. We still don’t know, however, what it is about these features that gives it away.

I asked Rule why the researchers asked the participants to self-report their cycles, rather than using a more reliable ovulation test. (I know that whenever my doc asks me when my last period was, I’m guessing to a certain extent.) He says they would have loved to have more precise hormonal measures but that at the time it wasn’t possible. “That said, given that we’re relying on self-report, it is all the more impressive that we find the effects that we do,” he says. “One can only imagine that our effects would have been stronger if we had more precise measurements.”