Researchers presenting at the 242nd National Meeting and Exposition of the American Chemical Society this week in Denver have demonstrated... 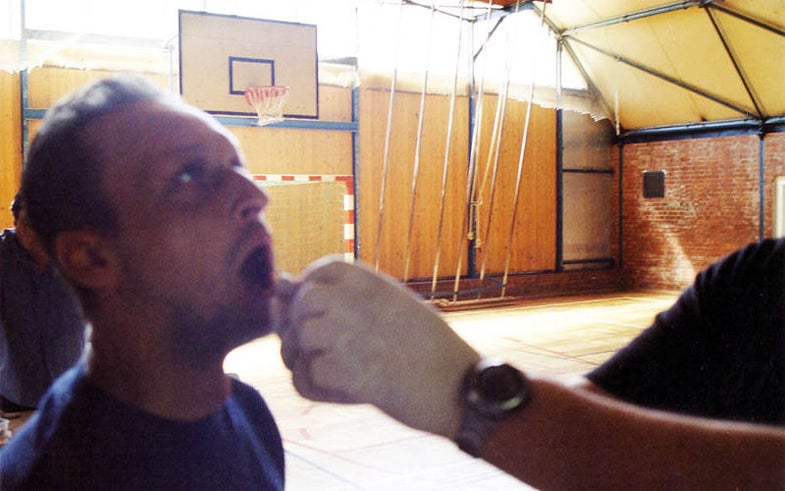 Researchers presenting at the 242nd National Meeting and Exposition of the American Chemical Society this week in Denver have demonstrated a new DNA test that can measure the amount of potential carcinogens clinging to a person’s DNA. But unlike previous tests that required white blood cell or urine samples and fairly intensive lab scrutiny, this one can hunt for carcinogens in a simple saliva swab.

DNA adducts–as strings of DNA damaged by carcinogens are known–serve as biomarkers for doctors, letting them know what diseases a patient might be vulnerable to and helping them monitor for ailments that the patient has a higher likelihood of developing. They’re kind of like a direct measurement of what carcinogens a person is coming in contact with in his or her daily life, through conscious choices or things like a job environment, and how those things are affecting that person’s genetic material.

Our DNA has mechanisms for repairing itself when carcinogens damage our genetic material, but when it fails to do so that genetic damage can lead to cell mutations and eventually to health problems like cancer and inflammatory diseases. So being conscious of what lifestyle choices and other factors are impacting our DNA can be extremely important.

It’s also relatively science intensive, and therefore not so common (do you have any idea what carcinogens are riding on your DNA? I could make a guess, but have no idea for certain). The saliva test developed by a research team at National Chung Cheng University (NCCU) in Taiwan makes keeping track of common DNA adducts much easier. From a saliva sample it can extract white blood cells found naturally there and then use mass spectrometry to analyze for specific DNA adducts.

The test would likely cost several hundred dollars–a cost that, in terms of potential preventative benefits, might be well worth it. And it’s a first step toward what might eventually become a kind of cancer screening carried out by saliva swab. In the meantime, the researchers hope the tool might be used to help influence patients’ lifestyle choice. For instance, smokers could be shown exactly how their habit is damaging their DNA via high counts of DNA adducts. Future tests could then show, in plain terms, how curbing a behavior like smoking can have a direct impact on one’s genetic health.