A simple blood test can determine a baby’s gender as early as seven weeks into pregnancy, a new study says... 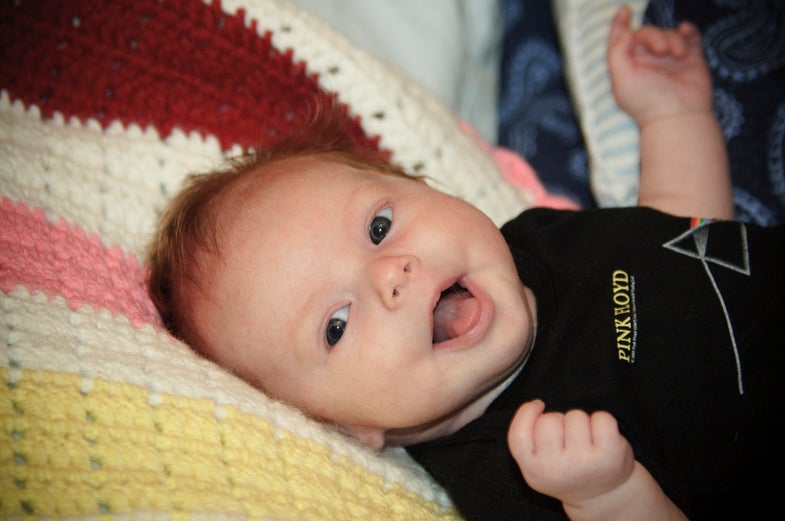 A simple blood test can determine a baby’s gender as early as seven weeks into pregnancy, a new study says — far earlier and far less invasive than other options. The test could conceivably help parents who are worried about gender-related diseases, but it could also allow people to wade into the morally murky waters of sex selection.

The test analyzes fetal DNA found in a mother’s blood, according to a report in the New York Times. If a Y chromosome is present, the mother is having a boy; if it’s not, it probably means the fetus is female (but could also mean that blood sample doesn’t contain fetal DNA). Researchers examined 57 studies of fetal DNA tests, spanning some 6,500 pregnancies. The results were published in the Journal of the American Medical Association.

This could be good news for parents whose offspring are at risk of rare gender-related genetic disorders, like Duchenne muscular dystrophy in boys or Turner syndrome in girls. Knowing fetal sex early on would help parents determine whether they need to undergo costly genetic testing. But it also raises questions about selective abortions of undesired genders. The tests are not sold in China or India, where female fetuses are selectively aborted. And at least one company that sells the tests in this country makes parents sign a waiver saying they are not using it for that purpose.

The tests have been available in the US for some time, but their reliability has been contested, sometimes in court. In one particularly sensational example, a pregnant mother was told she was having a boy, but an ultrasound later revealed she was carrying a girl. When she complained, the company told her they were certain “genetically you are having a male,” she told the Times — on the outside, it may look like a girl, but “we’re giving you the results on the inside.”

Given these uncertainties, doctors don’t prescribe the tests, but that could change now that they’ve been proven effective if used properly, the Times says.

The FDA does not regulate them, because they’re not used for a medical purpose, at least not officially. But the agency is studying the kits, the Times says.

In the meantime, the tests’ effectiveness means curious parents who don’t want to be surprised can start painting the nursery really, really early.