The Science Of Bisexuality 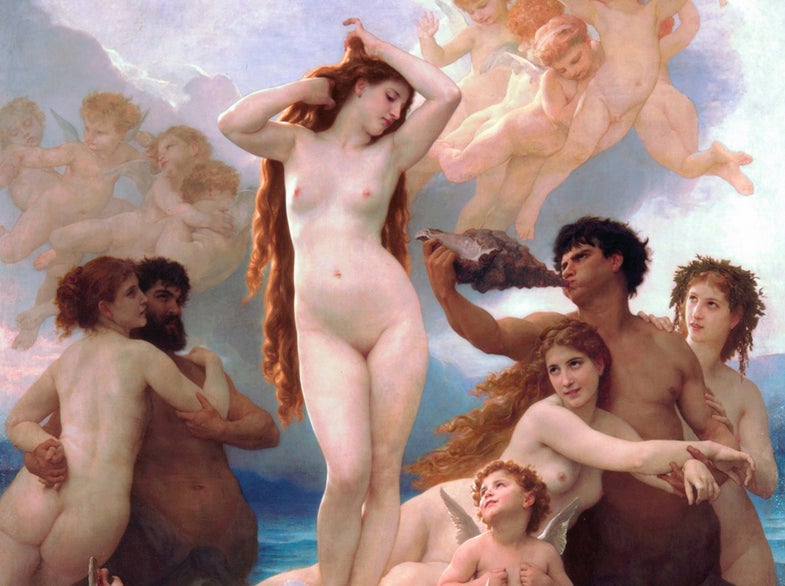 Part of "The Birth of Venus" painted by William-Adolphe Bouguereau, 1879
SHARE

Bisexual folks have an image problem in America. Could science help?

You might think that institute-funded research would be kind of boring, adherent to the party line: Bisexuality exists, guys! Bi-identified folks, for the most part, aren’t lying or actually gay! But the studies the Times article covers are fascinating, sophisticated looks into human sexuality.

There are almost as many men decide to identify as bisexual, queer, or “unlabeled” after identifying as gay earlier in life as there are men who first identify as bi, then as gay.

There’s a survey of 394 men and women that found that there are almost as many men who decide to identify as bisexual, queer, or “unlabeled” after identifying as gay earlier in life as there are men who first identify as bi, then as gay. The researcher who conducted that survey, Lisa Diamond of the University of Utah, originally assumed women are more sexually fluid than men, the Times reports. Researchers are now finding, however, that men’s attraction can be pretty complex, too. (O rly?)

Complexity can make things harder. As the Times points out, men who change identities provide fodder for those who tout damaging “gay cures.” For journalists, complexity can make a science story harder to tell: Scientists found X is true, but only in these specific cases, and maybe they are right and maybe they are wrong? But probably they are right? In this case, however, it makes for a fun, thoughtful read.