Celebrating Benoit Mandelbrot, the Man Who Made Math Beautiful

As modern mathematicians go, few were better known or more celebrated than Benoit Mandelbrot. The father of fractals died late... 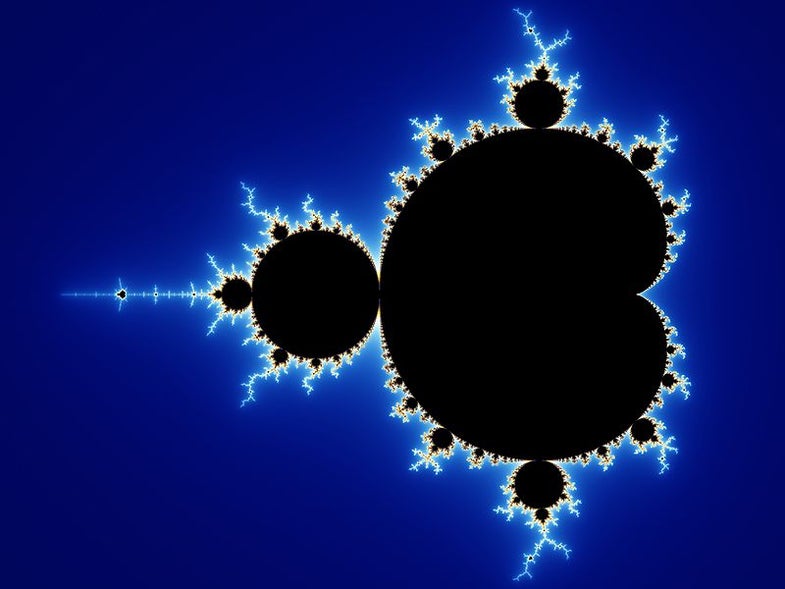 As modern mathematicians go, few were better known or more celebrated than Benoit Mandelbrot. The father of fractals died late last week at age 85, prompting reflection on his contributions to geometry and our understanding of natural phenomena.

Mandelbrot wrote mathematical formulas that help explain nature, supplementing the cold, sharp angles of basic Euclidian geometry with fantastic spirals, asymmetric tendrils and repeating bubbles. With his formulas, complex structures like coastlines could be explained with a little neat math.

In the intro to his book “The Fractal Geometry of Nature,” he asks, “Why is geometry often described as cold and dry? One reason lies in its inability to describe the shape of a cloud, a mountain or a tree.”

In fractal shapes — which Mandelbrot coined from the Latin word fractus, or “broken” — each part mimics the pattern of the whole. Magnifying each part reveals ever more complexity, repeating in an infinite cycle.

The Mandelbrot set is basically a set of complex numbers, which belong to one side of an equation or not. Images can be made by assigning colors to each number. Mandelbrot completed his first fractal visualization at IBM’s Thomas J. Watson Research Center in New York in 1980. His work was perfectly suited to the nascent world of computers, but it helped us understand natural phenomena better than ever.

Mandelbrot showed that very simple formulas can yield extraordinarily complex results. Fractals can be used to model everything from broccoli heads and mammalian brains to stock markets and the distribution of galaxies. 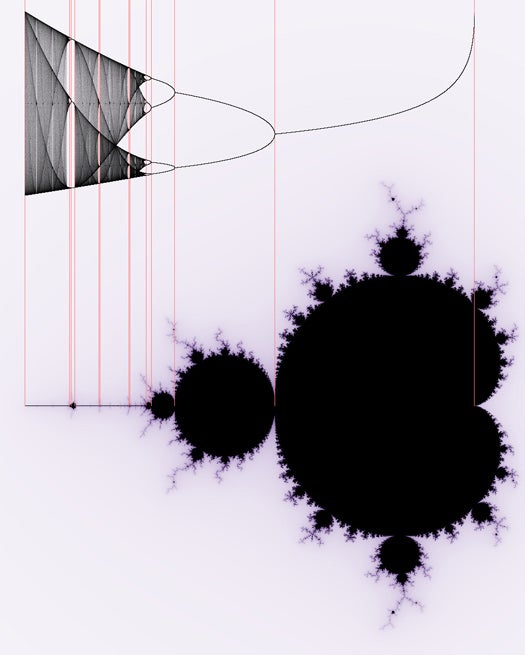 This graph shows correspondence between the Mandelbrot set and the logistic map, which explains how complex, chaotic behavior can arise from simple non-linear dynamical equations. 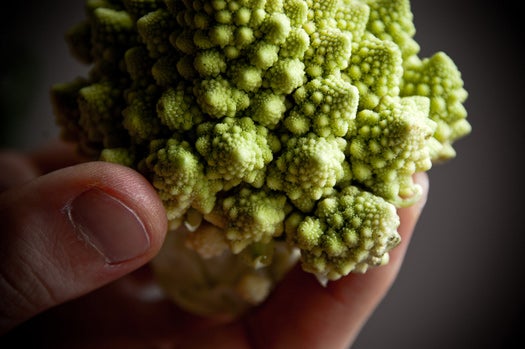 A Natural Fractal Found In Broccoli

Both vegetables and quadratic polynomials are made more interesting with the Mandelbrot set. The formula explains the repeating complexity of broccoli heads like this one. 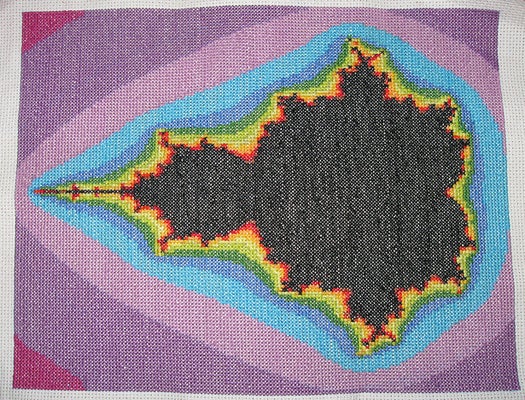 The Mandelbrot set has inspired some nerd-tastic creations, like fractal ties and even this cross-stitch found on Flickr. 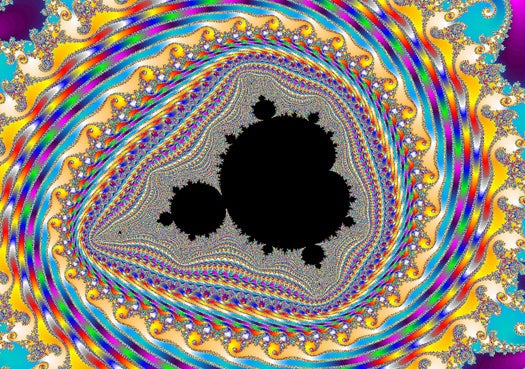 Graphic designers have lots of fun with the Mandelbrot set. There are several fractal geometry software programs available for download. Zooming in on a fractal reveals ever-increasing complexity and repetition. This section is known as a “seahorse tail.”
fractals
geometry
mathematics
numbers
patterns