Government Fees Could Be Hindering the Rollout of American Solar Power 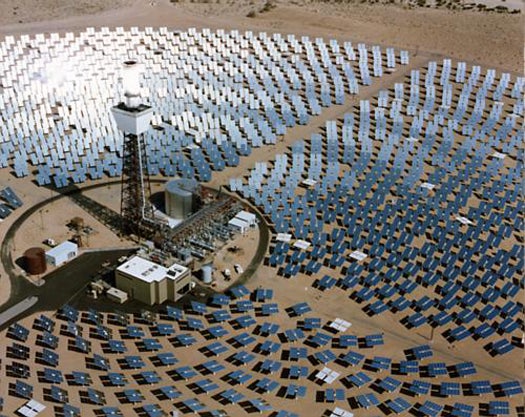 Given the way the government is beating up on a certain foreign oil company this morning, it’s easy to think perhaps this is the impetus America needs to align government, industry, and popular sentiment toward developing home-grown renewable energy sources. But a look at the charges the Bureau of Land Management levies against solar power projects on public lands tells a different tale. In fact, it seems the more efficient your power plant, the more the BLM wants you to pony up.

The government justifiably charges private businesses rent if they want to operate solar or wind arrays on public lands. But on top of that there is a compicated fee structure — the “megawatt capacity fee” — that drives the total rent as high as twice the market value for comparable private land. The BLM — again, justifiably — says its just trying to get taxpayers something back for private enterprise that benefits from the land they own. But the way the fees are structured is somewhat suspect.

The BLM is essentially charging more efficient technologies more in megawatt capacity fees. According to NYT’s Green Blog, a photovoltaic plant that deploys big PV panels has to pay $5,256 per megawatt. But more efficient solar thermal plants that use solar energy to turn a steam-driven turbine are hit with a $6,570 fee. If either technology is coupled with an energy storage system that delivers power even when the sun doesn’t shine — a key component to making solar power more than just a secondary energy resource — the fee takes a flying leap to $7,884 per megawatt.

If you’re generating 550 megawatts, like First Solar’s Riverside County, Calif., PV array is expected to, that’s a lot of money, and the consumer has to pay that. We’re more scientists than economists over here, but that fee structure seems like it creates a vast disincentive for companies to deploy more efficient, better solar technologies. It’s a consequence of trying to adapt archaic oil and gas leasing models to new energy paradigms, and frankly it seems at odds with our stated goal — and I’m talking directly to President Obama and DOE chief Stephen Chu here — of developing renewable energy resources right here at home.

Public lands belong to taxpayers and indeed private enterprise should pay fair market value to lease them, but saddling these projects with outrageous costs pushes up the price of solar energy, keeping carbon fuels in their current position as market darling. Weaning ourselves from foreign oil — and eventually all oil — seems a far better public reward than a monetary benefit paid to the public coffers.