Algae has helped create the atmosphere, played a role in populating the oceans and even produced biofuels so that we... 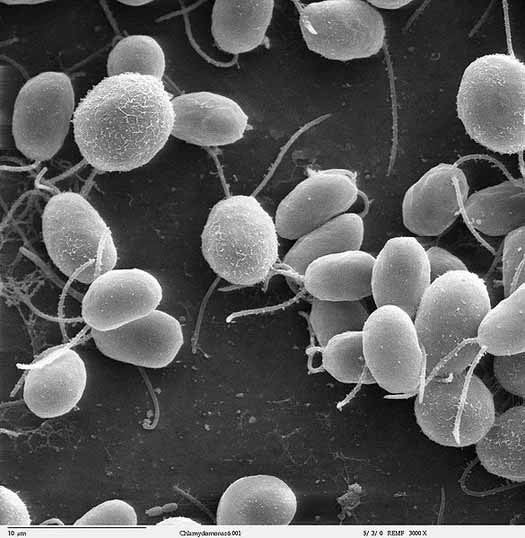 Algae has helped create the atmosphere, played a role in populating the oceans and even produced biofuels so that we might pollute the atmosphere and the oceans a tiny bit less. Now, a team of researchers is coaxing therapeutic pharmaceuticals out of the hardy little organisms, in a process that could eventually produce biologic drugs that are a few orders of magnitude cheaper than existing drugs.

Many biologic drugs — drugs made of proteins — are manufactured in mammalian cell culture or by bacteria or yeasts for treating everything from diabetes to multiple sclerosis to cancer. But while these processes are effective, they can also be quite expensive — especially in the case of mammalian cell cultures. Some drugs require investments in the hundreds of millions of dollars before they even reach the clinical trial phase, derailing some potential therapies before they ever get a shot.

Green algae, on the other hand, is abundant, resilient, cheap to grow, and fantastically efficient at folding complex proteins. Unlike the bacteria, yeast, and mammalian cultures that ravenously consume nutrients and energy, algae thrives on sunlight and carbon dioxide alone. So if we can get algae to produce some of the complex proteins used in expensive MS or cancer therapies — proteins currently grown in mammalian culture — we could potentially cut costs from, say, $150 per gram to something like a nickel per gram. Those are savings worth pursuing.

To test that potential, a group of biotech researchers at UC San Diego inserted genes for production of several different therapeutic proteins into the green alga Chlamydomonas reinhardtii. Of the seven proteins they were searching for, the algae produced four of them identically and at commercial volumes. With some more adjustments, researchers might even be able to increase yield.

Of course, that doesn’t mean the costs of expensive therapies will plunge overnight. Some yeast and bacterial systems are cheap enough — and so well refined after many years of use — that the cost savings brought about by algal systems probably wouldn’t justify scrapping the old production methods. But the cost advantage over mammalian cultures is too great to be ignored, meaning green algae could drastically trim the cost of some of the most expensive cancer therapies and MS drugs on the market. Not bad for pond scum.