Your grandma might think that the Internet is rotting your brain, but it’s possible if she did a little face-time... 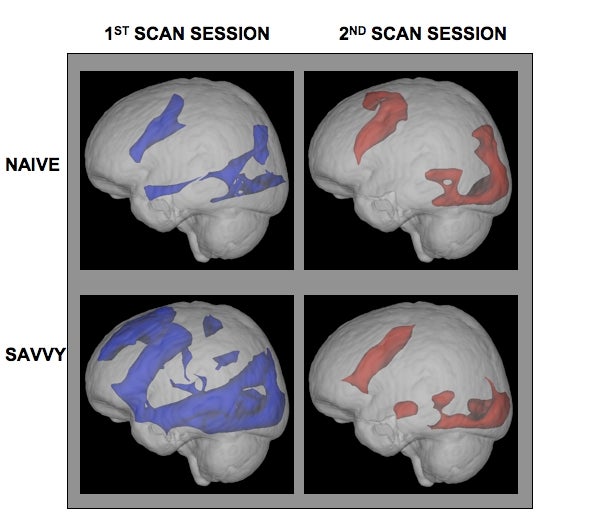 Your grandma might think that the Internet is rotting your brain, but it’s possible if she did a little face-time with Google that she could stay sharper in the noggin herself. In a new study, Internet novices who were instructed to search the web showed increased activity in areas of the brain associated with making decisions and memory in just two weeks, according to a poster presented today at the annual Society for Neuroscience conference.

The work comes from a UCLA research team including Gary Small, a professor of psychiatry, and builds off of a previous study we covered in the June issue of Popular Science. He had previously shown that people who already are using the Internet more have more activity in areas of the brain related to complex reasoning, but that study couldn’t define what was cause and effect (maybe people with better complex reasoning skills are more drawn to the Internet).

The new study shows that having people use the Internet can actually change their brain function. The experiment involved 24 adults, between 55 and 78 years old. Half had scant experience on the ‘net. The other, web-savvy half served as a control group. Participants underwent fMRI scans of their brains while searching the Internet, before and after a two-week Internet training period, when the participants searched the Internet for an hour a day for seven days total. When the naive group was scanned again while using the web, areas of the brain involved in decision making and working memory (things you quickly hold in your head, like a new telephone number you’re about to dial) showed more activity.

“The Internet may be a form of brain exercise,” Small told Popsci.com. “Whether [the brain changes] translate to other aspects of life, we don’t know yet, but it’s certainly a possibility.”